Lake Whillans is a strange body of water, starting with the fact that there is liquid to fill it at all. Though buried under more than 2,000 feet of Antarctic ice, its temperatures climb to just shy of 0 degrees Celsius, thanks to a combination of geothermal warmth, intense friction from ice scraping rock, and that thick glacial blanket protecting it from the polar air. Given the immense pressure down there, that’s just balmy enough to keep the lake’s water watery. Stranger still, Lake Whillans is also teeming with life. One survey a decade ago found thousands of varieties of microscopic critters, thought to be feeding on nutrients left by seawater that sloshed into the basin several millennia ago, when the glaciers last pulled back.

More recently, Chloe Gustafson, a geophysicist at Scripps Institution of Oceanography, arrived on the remote stretch of ice above Lake Whillans with a different mystery in mind: What’s happening underneath that lake? Antarctic researchers had long suspected the plumbing below the glacier went much deeper than they could see. Any groundwater beneath the lake would have implications for how the ice up above moves oceanward, and thus for how quickly it might contribute to rising seas. But they could not definitively prove what groundwater was there. It was too deep, too ice-covered to map with the traditional tools of glaciology, like bouncing radar signals off the ice or setting off explosives and listening to the shockwaves.

In a study published in the journal Science, Gustafson’s team offers a long-awaited schematic of the watery world underneath the ice. A vast reservoir of groundwater reaches more than a kilometer below subglacial water features like Lake Whillans, containing 10 times as much water. To see it, the researchers turned to a technique called magnetotellurics, or MT, which harnesses natural variations in Earth’s electromagnetic field to sketch out a broad picture of the sediment below. They expect that similar groundwater systems underpin other areas where the ice is flowing fast — so-called ice streams that account for about 90 percent of the ice making its way from the continent’s interior to the ocean. “This is one piece of the puzzle asking why this ice flows the way it does,” says Gustafson. “So it’s really important to understand what’s going to happen to Antarctica.”

Scientists have long understood that subglacial water plays a role in how the ice above it moves. One factor is how it alters the sediment below, creating ruts and planes on the terrain. Another is by lubricating the ground, which allows the ice to slide more quickly. “If you have water on a Slip ‘n Slide, you’re going to slide pretty quickly,” Gustafson says. “If you don’t have water, you’re not going to get very far.” Making sense of that subglacial hydrology is especially important for researchers racing to model particularly precarious regions of ice, like the Thwaites Glacier, a few hundred miles away from Whillans. In January, a group of researchers reported that Thwaites — the so-called Doomsday Glacier, which holds back enough ice to raise global sea levels by 2 feet — could collapse within five years.

But without groundwater, those models are incomplete. Researchers had long observed that more water was spilling out from underneath the Whillans ice stream than expected, says Slawek Tulaczyk, a professor of earth sciences at UC Santa Cruz who studies the region but wasn’t involved in the research. This was strange. As ice sheets approach the ocean, they tend to get thinner and thus less good at insulating the ground from the frigid Antarctic air. At these edges, water should tend to freeze, slowing down the movement of the ice. But that wasn’t what glaciologists were seeing. “This was the conundrum,” he says. Somehow, the patterns they observed were “thwarting thermodynamics.” The researchers hypothesized that nearly half of that water must be rising up from unmapped sources underground.

Gustafson’s team set out to map it. The ice above Lake Whillans is in the west part of the Antarctic, at the foot of the sheer Transantarctic peaks that divide the continent. The area gained favor with scientists conducting research in the pre-GPS era because those mountains helped as navigational aids. But it’s remote. “It was the longest, most grueling camping trip of my life,” Gustafson says of the weeks spent trudging around the snow and ice, digging out holes where the team would leave devices that passively listen for electromagnetic signals. The instruments would sit there for 24 hours before the researchers dug them up and moved them to the next site two kilometers away. 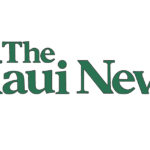 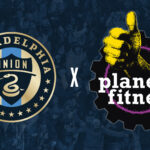 To support MIT Technology Review journalism, please consider subscriptions. DeFi – a concept similar to smart contractors – is all about visibility and open source […]