Ads are ubiquitous. You will come across ads everywhere you go – from huge digital signage at shopping malls to a 7-inch handheld smart gadget at home. The global advertising landscape is reshaping at an incredible pace, estimated to climb to over 654 billion dollars in the next two years.


The news of big brands onboarding ads to their platforms has flooded the internet. Apple, Netflix and Microsoft, three of the most influential names in media and tech, are ready to welcome ads. The ad addition will help the giants offer more value to brands and significantly push their digital ad revenue.


Apple has been winning hearts with their uncluttered and ad-free user experience. However, we might soon find ourselves part of an Apple Ecosystem with ads. Yes, you read that right. According to various reports, Apple intends to advertise through its apps. With in-app ads on iPhones and iPads, the tech giant is ready to see exponential growth in its ad revenue. In addition, you may have seen some ads in the Apple App Store displaying promoted apps as suggestions, and soon you will see ads on the main tab. Adding ads in Apple apps will show new ways and open new platforms for developers to advertise.


With News and Stocks apps already showing ads, Apple’s following Google’s footsteps, bringing ads on most apps such as Apple Books, Apple Podcasts and Maps. Local businesses can advertise by paying Apple on Maps to engage the passersby and perhaps their potential customers. Talking about the revenue, Apple is already making around $4billion from the ads. Now with more Apple apps welcoming ads, we can only imagine how the company will push its ad revenue.


Not falling behind, streaming giant Netflix has been in the news for its partnership with Microsoft to bring ads to the platform. But, for now, the company has kept its plan on the hush, revealing only minor details about introducing a new plan that will show ads to the viewers. Netflix has welcomed Microsoft as its Global Advertising Technology and Sales partner and will work together to create a new ad-based plan.


With a huge user base of 222 million, Netflix is ​​rich with user data and can generate significant profits by selling ad space. The partnership will enable Netflix to have relevant ad tools and sales at its disposal. As a result, we can expect a majority of advertisers to jump on the platform with their ads. The new ad-based plan will be widely accepted in India because people don’t prefer premium subscriptions. With more advertisers and audiences waiting for the new ad-based subscription, the company has already created a win-win situation.


Microsoft is following Apple’s lead with its e-mail client Outlook. Outlook has been streamlining mails for users with its ‘Focused’ tab to show only the critical-mails. Microsoft only places ads in the ‘Other’ tab for free users. However, that will change soon, with the company also bringing ads to the ‘Focused’ tab. The ads appearing on the top of the inbox look like any other email with a small label saying ads. 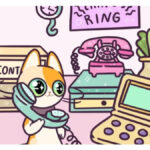 Previous Article Are You Looking For A Potentially Profitable Meme Coin? Stop Your Search And Get A Big Eyes Coin! Could It Stand Against ChainlinkAnd Quant? 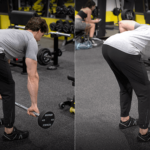 Next Article How to Do the Rear Delt Row: Benefits, Form, & Alternatives

Your skin is your body’s shield, protecting you from potentially harmful bacteria and other environmental hazards. This vital (and largest) organ turns sunlight into vitamin […]

Throughout this article, we’ll discuss 3 cryptocurrencies that you should buy right now to maximize your profits. Starting with Dogeliens Token (DOGET), a brand-new meme […]

“Between meetings, working out and chasing a toddler, I don’t drink as much water as I should,” says Mitchell. “I invested in Hydralyte because it […]