Netflix introduced viewers to the cast of Selling The OC during the Selling Sunset season 5 reunion special. Among the cast is model Austin Victoria.

The Selling Sunset reunion special gave viewers a first look at Selling The OC, the latest Netflix spin-off which features model Austin Victoria. The show will be the series’ second spinoff after Selling Tampawhich premiered in December 2021. Selling The OC is set to take place at the new Oppenheim Group office in Newport Beach as Jason and Brett Oppenheim work to expand their real estate empire. Some of the Selling the OC cast were first introduced to viewers in season 4 of Selling Sunsetand among them was Austin.

Besides Austin, the other members to star alongside Jason Oppenheim in the new series are Kayla Cardona, Alex Hall, Alexandra Jarvis, Gio Helou, Alexandra Rose, Brandi Marshall, Lauren Brito, Polly Brindle, Sean Palmieri, and Tyler Stanaland. Jason mentioned that he is excited about the new dynamic office because the show features a more diverse cast that includes both male and female realtors. Austin has been with the Oppenheim Group for eleven months. Before becoming an agent at Oppenheim on Selling Sunsethe worked as a sales associate in other real estate companies: Open Air Real Estate, Douglas Elliman, and Keller Williams Realty.

Austin also works as an international model under the agency Wilhelmina International, in addition to being a real estate agent. He has appeared in ad campaigns for Armani Exchange and American Eagle. Austin has also featured as a model on the cover of the romance novel Pretty Reckless by LJ Shen. The California native was scouted as a model at 16 years old while having lunch with his mom and officially began his modeling career at an early age like fellow Selling The OC co-star Polly Brindle. The 32-year-old reality star is also pursuing a career as an actor and has been with HRI talent since 2017, according to his LinkedIn profile.

Austin is married to fashion designer Lisa Victoria. The two tied the knot back in 2018 after dating for eight years. They have twin daughters, Lila and Hazel, who appear briefly in the trailer, meaning viewers may see them on the show. Austin enjoys hiking and rock climbing and is very strict about his fitness routine. “Outside of Real Estate, Austin prides himself in being the best father and husband he can be. His passions, other than real estate, include living a healthy lifestyle and always pushing the boundaries to become physically and mentally stronger”Reads his profile on The Oppenheim Group.

Fans can expect to see more of Austin in the show. Judging by the Selling The OC trailer, he seems to be the middleman who is in on all the tea. Following a dramatic season of Selling Sunsetfans are happy they have Selling The OC to look forward to as they wait for season 6. Although Netflix has yet to announce the release date for Selling The OCfans are already excited about the show.

Jane Chebet is a feature article writer and scriptwriter. 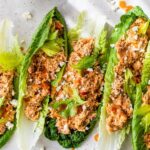 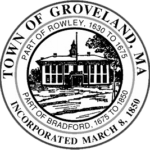 Since the first cryptocurrency was launched, the crypto market has constantly experienced a large influx of new coins. Every coin is developed with different and […]

The corporate life is affecting your health? It’s time for selfcare | Health

The corporate life eventually gets to us. The rat-race, the long hours of sitting in front of the screens, the non-stop work, the deadlines, the […]

CBD Gummies are the most talked about chewing gummies. The gummies are a niche supplement that you can use on a daily basis to address […]