With Apple’s blessing, you can finally fix your iPhone from the comfort of your own home. On Wednesday, the company announced a new section of its website where you can buy tools and replacement parts, including new display screens, batteries, and speakers. The online store seems easy enough to use, and Apple is even offering customer repair kits – which weigh around 79 pounds – that you can rent for $ 49 a week.

This new program is a major shift for Apple. Historically, the company has typically only offered repair tools and replacement parts to its 5,000 Apple-authorized service providers and another 3,000-plus independent repair shops that have Apple-certified technicians. Apple has long faced criticism from right-to-repair advocates, who want manufacturers to give customers the ability to fix their own devices, for this policy as well as for its practice of designing hardware that can’t be easily upgraded or incorporating certain components that only Apple has access to.

The new repair program looks simple enough. Apple has made repair manuals available for certain device lineups, including the iPhone 12, the iPhone 13, and the third-generation iPhone SE. After you’ve studied the repair manual for your particular phone, you can go to the company’s Self Service Repair Store, which allows you to search from more than 200 parts based on the iPhone model you own. The site also offers tools you can use to complete your repair, including a $ 99 torque driver and a $ 216 press for display screens.

If you do not want to buy an expensive tool that you will have to own forever, you can also rent a customized kit that includes all the gadgets you might need. These kits, which come in either one or two boxes, are extremely heavy, so Apple also recommends several strategies for lifting them, including “Think before your lift” and “Take your time.” Once you’ve decided what you need, Apple will ship all the supplies you’ve ordered to your home. When you’re done with the repair, you can even send some of your old parts back for recycling in exchange for an Apple store credit.

Right now the program is limited to iPhones and is only available in the US. But later this year, the store will expand to include some Mac computers, and will become available in other countries, starting in Europe.

Getting Apple devices repaired has long been an expensive and annoying process, so the company’s new store is certainly welcome progress. But at the same time, it’s not clear that Apple is doing all that it could to make it easier to repair its products, especially since the program is still limited to just a few iPhone models. After all, dozens of states have proposed right-to-repair legislation in recent years, bills that Apple has fought. For instance, the company successfully convinced California lawmakers in 2019 that customers might set off a fire if they accidentally damage the lithium-ion batteries in iPhones while trying to repair them. Apple has also suggested that the security and privacy of its devices could be compromised by non-authorized repairs.

Despite Apple’s best efforts, this right-to-repair movement has recently won support in the White House. In July, President Joe Biden passed an executive order that, among other things, directs the Federal Trade Commission to create new right-to-repair regulations. Later that month, the agency also announced that it would ramp up enforcement against “illegal” restrictions on repairs, after an investigation documented different strategies technology makers used to make products harder to fix. Apple’s decision was announced in November on the same day as a key deadline related to a right-to-repair resolution filed by activist Apple shareholders back in September, a first connection reported by The Verge.

Green Century – the sustainability-focused mutual fund that led that effort – has since rescinded its resolution, which would have pushed Apple to study the environmental impact of its strict repair policies.

“We felt it was a big enough step forward,” Annalisa Tarizzo, a shareholder advocate at Green Century, told Recode in November. “We hope to continue engaging companies that we invest in on this topic because we think it is really important and there are real risks to investors related to this issue.”

New guidance from the Securities and Exchange Commission (SEC) may have influenced Apple’s timing, Tarizzo added. Two weeks before Apple’s announcement, the agency rescinded a Trump-era rule that had made it easier for companies to dismiss socially conscious shareholder resolutions. Wednesday was also Green Century’s deadline to defend its proposal to the SEC, which Apple had requested the agency to block.

So Apple’s concessions to some demands from right-to-repair activists seem to be an attempt to preempt new regulations with its repair program. But the company’s steps forward have some limitations. It isn’t exactly encouraging all users to start rooting around in their iPhones and MacBooks. In a press release announcing the Self Service Repair, Apple said the program is intended “for individual technicians with the knowledge and experience to repair electronic devices” and that the “vast majority of customers” should visit an authorized repair shop. Meanwhile, customers who decide to repair their devices themselves under the new program will still need to buy parts directly from Apple, which also sets the price of those components.

“This isn’t the open source repair revolution we’ve sought through our fight for the right to repair,” Elizabeth Chamberlain, director of sustainability at Fixit, said in a November blog post. “If there’s now an ‘official’ way to avoid warning messages and a loss of features when you need to replace a battery, camera, or display, there’s less incentive for Apple to help those using third-party parts, or even those salvaged from other iPhones. By controlling the parts marketplace, Apple can also decide when devices go obsolete. ”

This is not the first time Apple has adjusted its strategy to get ahead of potential regulations or legal action. In a proposed settlement with a class-action lawsuit representing software developers last summer, Apple said it would let companies tell iPhone and iPad users about ways to pay for purchases like subscriptions outside the App Store ecosystem. In September, the company also tweaked its rules for in-app purchases while the company was locked in a contentious lawsuit with Epic Games. Neither of these app-related updates involved Apple changing its policy of charging sizable fees to third parties operating in Apple’s ecosystem, while Apple’s own apps get a free ride.

Apple seems to be taking a similar approach with its new repair system. But even though the company’s new program comes with plenty of caveats, the move is still a big win for customers who don’t want to send their devices to Apple or hunt down an authorized repair shop.

Update, April 27, 11:30 am ET: This story has been updated to note that Apple’s repair store is now available. 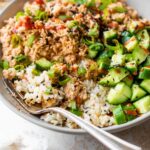 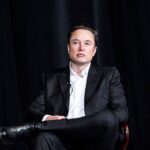 Netflix Can Fix Its Sharing-Password Problem Without a Crackdown

How to Change Your Web Browser in Windows 11 (Hint: It’s Not Easy)

while Windows 11 After the crash, Microsoft made it difficult to change your default browser. This made many people angry, and many people thought it […]

Matt Hirsch has long loved the idea of ​​electric vehicles and first leased his Hyundai Ioniq in 2020. He even installed a charger right next […]