Parrott’s departure comes nearly a year after the breakup of Amita Health was announced. Amita was formed in 2015 through a joint venture of national chains Ascension and AdventHealth. Together, they operated 19 hospitals, most of which are in the Chicago area.

Parrott was CEO of Amita Health from January 2020 until the breakup and subsequent rebranding in April. The unwinding over the last year resulted in the re-establishment of Ascension and AdventHealth as separate entities.

Prior to Amita, Parrott was CEO of Dallas-based Tenet Healthcare. Before that, he was CEO of Brookwood Baptist Health, based in Birmingham, Ala., which later became part of Tenet.

St. Louis-based Ascension operates more than 2,600 sites of care, including 143 hospitals in 19 states and Washington, DC, according to its website. Local hospitals include Ascension Resurrection in Chicago, Ascension Alexian Brothers in Elk Grove Village and Ascension Holy Family in Des Plaines. 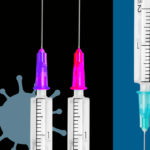 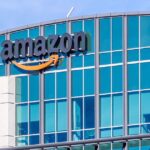 Next Article FTC investigating Amazon’s $3.9B purchase of One Medical

Kaiser Permanente and the California Nurses Association tentatively agreed to a four-year contract that includes pay and benefit boosts, promises to hire more staff, and […]

Oscar Health’s first full-service technology deal has ended before it really got off the ground. Health First Shared Services, a Florida-based not-for-profit integrated provider and […]

Humana will spend up to $550 million to acquire the first set of clinics it built with a private equity firm, Chief Financial Officer Susan […]