Clover Health could raise up to $ 300 million in the coming months, according to a US Securities and Exchange Commission filing on Monday.

The insurtech could raise capital by issuing debt, stock or warrants, the prospectus said. The shelf registration filing, or S-3, said the cash could be used for general corporate purposes, such as paying down debt, growing the business or acquiring a competitor. The company can choose to raise capital at any point over the next three years.

The company declined to comment on its capital needs.

The announcement that Clover Health is seeking outside investment comes after the startup posted a $ 578.8 million loss last year. The company lost more than $ 4,500 per member in 2021, the most among for-profit, publicly traded health insurers. Consultancy Cowen and Company expects more of the same for 2022, writing in an analyst research note on Monday that Clover Health will need to raise capital in 2022.

During the first quarter, Clover Health spent all member premiums received on medical expenses, with its medical loss ratio reaching 100. The federal government mandates that health plans spend at least 85 cents of every premium dollar on patient care for the year. Usually, insurers aren’t on the hook for as many medical expenses during the first quarter because people are still paying down their deductibles or waiting until later in the year to get care.

A high MLR so early in the year speaks to the necessity of outside capital to sustaint Clover Health’s operations, said Ari Gottlieb, a principal at A2 Strategy Group.

“It’s going to get worse as the year goes on,” Gottlieb said. “They will need to raise capital in the next 12 months.”

During the first quarter, the startup’s net loss widened 55.5% year-over-year to $ 75.3 million on revenues of $ 874.4 million, with the rise due to an omicron case spike in January and February and $ 10 million in broker payments. The insurtech also withdrew $ 27.6 million from its fund of pooled insurance premiums in Q1, known as a premium deficiency reserve. Without this withdrawal, Clover Health’s net loss would have grown to more than $ 100 million, Gottlieb said.

The number of patients the company managed care for grew 288% year-over-year to 257,442 individuals, which includes its Medicare Advantage members, Direct Contracting beneficiaries and the patients whose care is managed through its Clover Assistant AI system. Ninety percent of its members are based in New Jersey.

While the number of individuals the company was responsible for paying medical claims for grew, the portion of primary care physicians using Clover Assistant to manage members’ care declined year-over-year. President Andrew Toy credited the drop to the company’s growth in new markets.

“The total number of [Clover Assistant] visits and members who have a CA doctor is increasing year-over-year, “Toy said during the call.” But because we are growing rapidly as a percentage, you might see a little bit of that flattening. ”

As more physicians pick up the use of its Clover Assistant platform, Toy expects the company’s operating expenses to decline through the year. The company pushed its expectation to achieve profitability back a year, with CEO Vivek Garipalli saying Clover Health could be profitable in 2023 if a few non-recurring expenses and one-time costs were excluded.

Clover Health is not the only startup so far this year to comment on its capital needs.

Like Clover Health, Bright Health Group executives said they were looking into withdrawing from its premium deficiency reserves, a fund that guarantees insurance companies have enough cash on hand available to pay claims. State regulators would have to grant the company approval to withdraw from this investment pool.

Bright Health Group is also considering increasing the amount of risk covered by reinsurance to reduce its current operating expenses, a tactic known as quota sharing.

It’s too early to say whether quota sharing or selling stock will translate into a more capital-efficient strategy among the two startups, said Brad Ellis, senior director of insurance at Fitch Ratings. But Clover Health’s use of a shelf registration allows the company flexibility about when and how they choose to raise capital based on market conditions, such as a rise in stock prices or a decline in interest rates.

“The shelf registration gives them the opportunity to issue what’s best for them,” Ellis said. 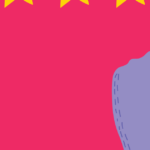 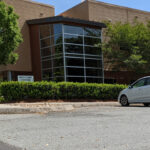 As physicians whose practices incorporate the entire spectrum, from primary care to surgery, we hear stories from our patients daily about how difficult it is […]