States would be required for the first time to report on the quality of healthcare Medicaid and Children’s Health Insurance Program beneficiaries receive under a proposed rule published Thursday.

The Centers for Medicare and Medicaid Services believes that mandatory reporting would promote equity and consistent use of standardized quality measures, and would identify disparities among Medicaid and CHIP enrollees, the draft rule says.

If the regulation were finalized, states would need to report on three different quality measure sets each year on children’s care, behavioral health and health homes. The regulation stems from a 2018 law that requires Medicaid quality reporting. Reporting on the child core set, the behavioral health measures in the adult core set, and the Medicaid health home core set is voluntary under current regulations and would be mandatory beginning in fiscal 2024 under the proposed rule.

“CMS will use every lever available to ensure a high quality of care for everyone with Medicaid and CHIP,” Administrator Chiquita Brooks-LaSure said in a news release. “By requiring states to report the core sets of quality measures, we can ensure that our policies are supported by data representing all of our beneficiaries.” The regulation is also intended to determine the quality and affordability of Medicaid and CHIP coverage, she said.

The Affordable Care Act created voluntary Medicaid reporting on an initial core set of adult health quality metrics, which began in 2013. States have been required to report certain CHIP metrics since the program was established in 1997.

States that have chosen to establish “health homes” will need to report how they coordinate primary, acute, behavioral health and long-term services for Medicaid patients with significant chronic conditions and serious mental health ailments. Nineteen states and the District of Columbia operate at least one health home program. CMS also released a set of voluntary quality measures for Medicaid home and community-based service programs last month.

The average state reports 73% of child core set quality measures and 67% of adult core set measures, according to CMS. States report nothing on measures such as screening for depression and follow-up care and don’t adhere to other measures’ technical specifications, the proposed rule says. Most states also do not report measures for all beneficiaries, the agency wrote.

“State variation in reporting has left some populations behind in quality improvement efforts and has made meaningful comparisons across States difficult,” the proposed rule says.

CMS requests comment on whether five years is the proper timeline for phasing in measure stratification, and on how it can provide effective technical assistance for aid implementation of the regulation. 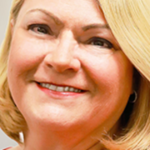 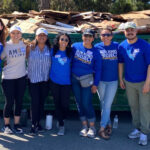