One of the business sectors that got a boost from the COVID crisis was that of home fitness. With gyms shuttered and people under effective house arrest, the focus on personal wellness has inevitably increased.

The totemic image of that in practice is the Peloton bike, now so associated with the home fitness boom that advocates of getting people back to the office usually include some kind of snide reference to ‘getting off your Peloton and back to your desk’.

But as with so many other changes wrought by the pandemic, the question was always there about how sustainable this home fitness model would be in the Vaccine Economy. Would cash-constrained people choose to spend their money on a Peloton subscription or would they prefer to pay out to the real-world gym?

This week we got a partial answer to that question when Peloton’s share price crashed 20% as quarterly revenues dropped from $ 1.26 billion last year to $ 964 million this year. Little wonder that CEO Barry McCarthy is describing what lies ahead as “emotionally draining”:

The overarching strategy is, look, it’s all about Connected Fitness. It’s about the magic that happens in the tablet, right? We need to be good at hardware, but being good at hardware is not nearly enough… That calls for, I think, a shift in the investment priorities of the business at least as compared to where we spent money historically in order to double down on the things that have made us great.

There are some specific goals that McCarthy sees as critical to meet if Peloton is to execute a turnaround in its fortunes:

We need to figure out how to widen the marketing funnel and to use the digital app as a vehicle to do that. It could be some bring-in kind of model, could be a straight subscription model, not yet sure. The consumer mix is ​​about 80% female, 20% male. I think we need to drive it more towards an Internet norm of kind of 50-50.

And then there’s the really big problem with the app:

The unaided brand awareness is like 4%. So it’s the greatest app nobody has ever heard of. And we absolutely need to fix that… we can’t get there without making the digital app a big success. I mean, that’s pretty clear. And we can’t get there without having a broad-scale international business. It’s clear that people outside the United States also care about fitness, and there’s an opportunity for us to capitalize on that.

The problem here is that there seems to be a lot of ‘build it and they will come’ thinking around this. McCarthy admits that he can’t put a number on the total addressable market (TAM) here:

We’ll know how big the TAM is when we get done at betting it. I know of digital apps that already have more than 100 million people that are focused on fitness. And I can’t, for the life of me, think why, given our success early in the category, that we couldn’t be one of those digital apps. So stay tuned.

It’s all a far cry from a few years back. McCarthy recalls:

The business started to have success. Like all tech companies I’ve ever been associated with, all of the resources of the business were focused on engineering and product in order to accelerate growth. Then COVID hit and the business explodes from 700,000 subs to 3 million subs.

That had implications for development and the firms underlying tech infrastructure, he says:

All those systems-related issues are still present in the business today. So, the order management system is still the original code that was hacked when the business was first organized. Pretty much all of that needs to be re-written. Then there are a bunch of downstream issues that happen because of the way that the order management system was architected and speaks to all the accounting-related systems, the ERP system.

And if you work in customer service, I think I’ve heard there are 13 or 16 different screens you look at in order to be able to see the entire customer history. We’ve just hired a new Head of Customer Service and we’re going to be addressing some of those issues so when you actually call up, our customer service reps are actually able to be helpful because we’ve organized all that information on one screen.

Urgh! And there are yet more tech issues waiting to be dealt with:

Others relate to our ability to push code in our engineering team and the productivity of engineers. This is an issue, for instance, in the last couple of years that Spotify very effectively wrestled to the ground, but even after it was public it was an issue that they had to address and we have address it here as well. As a consequence, it slows down the speed of which we’re able to A / B test and the speed at which we’re able to update our e-commerce platform.

You see that in our ability to quickly get to market to A / B test Fitness as a Service, for instance. I mean, really, we have to wait until the end of June to be able to test on the website? That’s something that would take 1.5 days at Netflix, even early on.

These are not unsolvable problems, they’re not problems that companies like us haven’t seen. We just have to get our arms around it, fix it, then 12 months, we’ll be in a much better place than we are today. They don’t threaten the business, it just slow us down and we move a little slower than we would like to as a consequence.

I rather think McCarthy may be a trifle optimistic there. Even if he isn’t, his commentary doesn’t exactly inspire confidence that things are under control. COVID made the company; the vaccine might end it.

Gym goers are creatures of habit. You pay your money, you go to your chosen outlet, you work out etc. It’s a social engagement as well as a fitness one. People who were trapped indoors for the better part of two years wanted to get back to that routine. It was notable that going to the gym was always cited as one of the things that people told pollsters they missed the most under lockdown.

Mind you, it’s not just Peloton that’s been hit by the emergency into the Vaccine Economy. WW – the company formerly known as Weight Watchers – is facing its own digital issues as we’ll explore tomorrow. 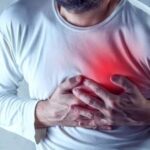 Nancy A. MelvilleAugust 19, 2022 Vitamin D deficiency has a causative role in the systemic inflammation that commonly accompanies it, with inflammation declining, reflected by […]