David Beckham, who has long garnered praises for his quick footwork on the field throughout his football career, recently revealed his specially designed workout.

Taking to Instagram on Monday, the football legend left his more than 72 million followers jaw-dropped as the 47-year-old showed off his muscular physique.

The Premier League pro revealed the workout that helps him stay fit and chiselled as the Manchester United alum sported a white t-shirt and Addidas shorts, flaunting his range of tattoos.

“Got to create my own workout with @gunnarfitness for @ f45_training, can’t wait for you all to try it,” Beckham captioned the post.

The father of four opened up on his passion for fitness and maintaining a healthy lifestyle, Beckham stated in a press release in August 2021, “Health and fitness have always been a big part of my life and, since my days playing football.”

“I have always found I’m at my best when training as part of a team,” he added.

“You don’t have to go and spend a huge amount of money going to the gym,” he explained during a panel discussion.

“Three or four times a week I walk my daughter to school instead of driving her, or she bikes home with me,” he added. “It’s the little things that make a difference.” 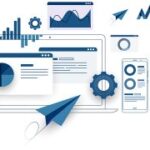 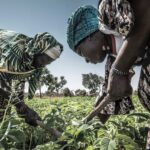 Overview Biolife Keto Gummies ReviewSome people think that it is okay to use weight loss products as long as they are available on the market. […]

Many of us live with poor gut health without even knowing it. A weak gut lining can lead to digestive discomfort, stomach problems, weight struggles, […]

We are all living in the era of digitization which has yet again redefined itself, making people use it daily. Everything is automated and web-centric, […]

Love Food But Don’t Want To Gain Weight As Well? Try Out These Foods