CA. Aditya Sesh is a Chartered Accountant by training & a Fellow Member of the Institute of Chartered Accountants of India. He is the Founder & Managing Director of Basiz Fund Service Private Limited and has been closely associated with the financial services industry for the past 25 years. He possesses a deep knowledge of tax laws and investment philosophies and is passionate about promoting SMEs and MSME which are a lifeline to the Indian economy.

Professional Services account for 50% cent of the USD 3 trillion Indian economy. The TDS collections for 2022-23 have already clocked a growth of 46% at Rs.229,676 crores (approximately USD 30 billion) over the same period last year. This is around 1% of India’s Gross Domestic Product (GDP).

Highlighting the importance of deduction of tax at the point of origin of income, CA Aditya Sesh, Founder and Managing Director of Basiz Fund Services, India’s only global fund administrator, said, “Only slightly more than 1.5% of adults pay income tax. Unfortunately, India has one of the lowest taxpayer participation rates worldwide, which makes deducting tax at source even more crucial. It is a rapid and effective method of collecting taxes and lowers the likelihood of evasion. And while it continues to be one of the government’s most reliable revenue sources, it shouldn’t come at the expense of the ease of doing business, which can significantly increase India’s GDP in the long run.”

Therefore, Subsection (c) clearly states that the TDS becomes due even by creating a suspense account or creating a provision in the books. And while this sub-clause has been well-intended, it has caused practical issues over the years that have not been satisfactorily addressed.

CA Sesh observes, “The books and reports of the business may not present an accurate view. Quite a few businesses do not generally make provisions for expenses due to the above sub-clause or they do so in an ad-hoc manner. Several companies also do not strictly adhere to the fundamental accrual assumption and wait until they receive an invoice before recording a transaction. This inaccurate book keeping and MIS, impact financial projections, causes timing differences for income tax purposes and ultimately leads to wasteful reconciliation.”

This may have a greater impact on listed companies since it results in inaccurate disclosure and higher TDS receivable (due to the provisions) which affects investor decision-making. CA Sesh expressing his thoughts comments, “Stakeholders have complete faith in a company’s financial statements. They rely on the data to determine the size, timing, and uncertainty of future cash flows and to determine whether the estimated value was accurately reflected in the stock price at the time. Moreover, they may choose whether to buy or invest in a business based on this information.”

These issues also reduce the ease of doing business and break the chain of natural justice because tax is credited to the vendor while the payer receives no benefit, it becomes due solely on provisions or suspense account entries being made without services being rendered.

mr. Sesh elaborates on these circumstances in an example, “Let’s quantify the financial impact of this situation with some assumptions. Let us assume that a modest 10% of the TDS collection of Rs.229,676 crores, amounting to around Rs. 22,968 crores is on account of this provisioning. This amount has been blocked until the time invoices are booked or until Income Tax returns are filed and assessment is completed. It is likely that some part of this tax paid may not really be due but has been paid nevertheless due to the sub-clause. This in effect chokes the cash flow of the payer to the extent the amount is paid when it was not required under practical considerations.”

What then can be the proposed solution to weed out this problem in a country where corporate accounting is complex and amendments time consuming?

CA Aditya Sesh providing a potential solution declares, “The CBDT could consider exempting the businesses from deducting tax for making provisions, suspense, or memorandum entries. This would increase the ease of doing business with minimum effort. Safeguards like mandating that the service when rendered is immediately booked as a payable will ensure that our tax collections will not be hit. This can be verified from GST invoices. The compliance of this benefit can be monitored through the tax audit reports too, where applicable. This will prevent abuse while maintaining the velocity of the collections. I referred earlier to an amount of Rs. 22,968 crores being blocked. If this amount were made available to the MSMEs, it could act as a catalyst for the sector. This amount can be leveraged and projects worth four times this value could be undertaken. This would take the total value of projects to around Rs. 91,870 crores. People with skills that need small amounts of capital will be the principal beneficiaries of such exemption. Even if each project has a capital investment of around Rs. 25 crores, we are talking of 3,674 such projects. These projects will have the impact of delivering around 18,370 direct jobs and probably an equivalent number of indirect jobs. This value gets added to the GDP as well. And all this comes with no direct investment but simply exempting a particular sub-clause and by a judicious mix of debt and equity on commercial terms from the lending institutions.” 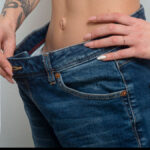 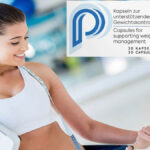 Crypto.com is the world’s advanced platform, power-packed with enough features to suit all crypto enthusiasts. If you are someone who wants to explore an all-in-one […]

Shark Tank Keto Gummies CanadaYou can lose weight by eating less and exercising more. However, it can be tough to find time to exercise. Plus, […]

Is D-bal Max Pills Legit or Other Scam Dianabol Steroids?

The powerful effect of steroids is the reason people buy them so regularly. Legal steroids in this case are the best choiceespecially for that person […]

ProDentim Reviews Canada & Customer Complaints: What contemporary natural formula is helpful if you’re only worried about oral health. You want to have better teeth […]