Despite being found innocent of murder charges related to multiple patient deaths, a doctor determined that practicing medicine again in Ohio would be impossible following a yearslong ordeal and so chose to surrender his medical license, his attorney said.

William Husel, 46, was acquitted last month of 14 counts of murder following accusations that he ordered excessive amounts of painkillers for patients in the Mount Carmel Health System. He was charged in 2019 with 25 deaths, but a new prosecutor reduced the counts before the trial began in March.

Husel still faced an administrative charge of failing to cooperate with a medical board investigation into the criminal allegations. He agreed on May 5 that he was guilty of that charge and on Wednesday the board revoked his license.

As a practical matter, “the publicity, shall we say, the aura around the entire event” made practicing again in Ohio unlikely, Husel’s attorney, Doug Graff, told The Associated Press on Thursday.

“So that this was an appropriate way to resolve the matter, without going through another set of hearings,” Graff said.

Husel could practice in other states, though it’s unclear what the former physician plans to do, his attorney said.

“I don’t know what his future holds, and I’m sure at this point he doesn’t either,” Graff said. He added: “He was pleased to get the criminal charges resolved in his favor, and this was the way to get the matter resolved with the medical board.”

Prosecutors said ordering such dosages for a nonsurgical situation indicated an intention to end lives. Husel’s attorneys argued he was providing comfort care for dying patients, not trying to kill them.

After the verdict was announced, Husel’s lead attorney, Jose Baez, said prosecutors did not produce “a shred of evidence” to back up their claims.

Two jurors who found Husel not guilty gave interviews to multiple media outlets this week, and one of them, Damon Massey, said he felt that on at least some charges Husel was guilty but that the prosecution did not prove its case.

Husel was fired by the Mount Carmel Health System, which has reached settlements totaling more than $ 16.7 million over the deaths of at least 17 patients, with more lawsuits pending. 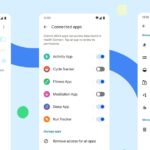 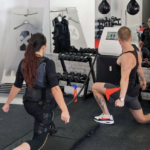 Children struggling with obesity should be evaluated and treated early and aggressively, including with medications for kids as young as 12 and surgery for those […]

Imagine that you are a policymaker and an academic researcher shows you evidence for a new health intervention that will dramatically improve health outcomes. He […]