Runners like Jena Evans and her friends race quite often.

“We consistently run 12 months out of the year, I think today I would rather have been running below zero,” Evans said.

Evans and her friends met after joining a running club and they’ve been a trio ever since.

“This friendship has just continued to evolve and it’s like therapy,” she said.

They came out to Rice Lake with several other community members, dressed in red, to run the Chief Frantz Red Run 5K Saturday.

“Just really excited to support our Rice Lake Fire Department here,” Evans said, “and it’s a beautiful day for a race and just a great community.”

Runners of all ages ran to honor the life of Chief Matt Frantz who passed away in 2013 from a heart attack while in the line of duty.

“The following year we had the inaugural event for the Red Run in memory of Matt,” Mark Niemi, the Fire Chief of the Rice Lake Fire Department said.

Niemi was close with Frantz before he passed.

“Matt was one of my best friends when I was on the department with him when I first started,” he said.

Now Niemi gets dressed in red with runners to spread an important message.

“Red signifies heart health and we wanted to put on a community event that was really in promotion of a healthy lifestyle and heart health,” Niemi said.

And wearing their best red outfits, Evans and her friends recognized why the Red Run is so important in Rice Lake.

“Raising awareness for the dangers that firefighters go into to keep our community safe, they’re just very selfless humans to keep us safe,” she said. 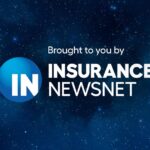 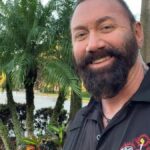 Next Article Jerry Ward Passes Away at Age 46 – Fitness Volt

Excellent health is a big umbrella under which emotional, mental, and physical well-being are crucial points.   Today, the vast majority of individuals are suffering from […]

9 Best Protein Powders For Smoothies In 2022