Adam Woodyatt, known for playing Ian Beale, now lives in a motorhome after splitting with his wife and he has spent the last year traveling the UK with a murder mystery play

The actor, known for playing Ian Beale, now lives in a motorhome after splitting with his wife and he has spent the last year criss-crossing the UK with a murder mystery play.

Adam, a keen mountain biker, revealed how he’d given drink the boot and now drinks nothing stronger than coffee after embracing a new lifestyle.

He confessed: “Basically I gave up alcohol. That was the biggest change I made.

“That’s all it was. I’m just not really focused on it. I’ve not really made a big fuss about it. I just stopped drinking.

The ‘strongest’ drink he has is coffee
(

“But everyone’s different. For me, giving up alcohol was the right thing to do. I’m not going to turn around and say that’s it forever, that I’m never ever going to drink again. But at this point in my life, yeah, I’m quite happy not drinking. And the result is I’ve lost about three stone in weight. “

“I had always liked cycling but as anybody who cycles knows, it’s a lot easier if you are lighter. People will spend hundreds of pounds on shaving 10 grams off equipment, like lighter pedals.

“Just go and lose some weight and your body will be 10 pounds lighter than that. I used to love cycling but stopped for quite a while because obviously, it wasn’t that easy when you are carrying that extra weight. I’ve just got back into it now because it fits with my life at the moment.

He lost a lot of weight when he stopped drinking
(

“I feel 100 per cent better now. Until you actually stop drinking you don’t realize how much it affects so many things. Now I just drink coffee because it tastes better.”

Adam, 53, bought the motorhome as a way of traveling between shows on his Looking Good Dead tour but has found it suits his love of being outdoors.

He told news site The Cambridge Independent: “It was going to be just for whilst I was on tour, but my daughter, who was living with me, has moved to America.

“So I didn’t need a place for me and her. It was a case of well, fine, I’ll just carry on living in the motorhome. I don’t need that property anymore.

“It has given me loads of freedom, which has been great.

“It’s just nice to visit all these places. One week I wake up next to the Thames, another time I’m overlooking a lake. Next thing I’m by a field with a cow in it.”

Adam quit Walford in January last year to star in stage adaption of the Peter James crime book and appear in I’m a Celebrity after the storyline required he leave for a period.

He made his last appearance in Looking Good Dead in Cheltenham at the end of April.

But the actor is out of contract and is yet to confirm with the BBC about returning on a money-spinning new deal despite claims the BBC are set to offer him a new £ 300,000 deal. 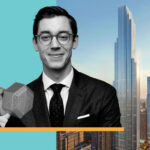 In order to build muscle, you need protein. And while there are many ways to get your daily dose of protein, one of the easiest […]

Joint pain is more common than many people think. In fact, around 1 in 4 adults in the U.S. are affected by joint pain and […]

Amarose Skin Tag Remover Reviews  Skin Tag is usually a small growth of skin that has no nerve supply or blood supply. They are harmless and […]

Did you skip your workout today? Are you guilty of not working out one day? Are you the one following a strict diet too? Is […]