A fitness court for James Seagrest Stadium and the tax rate were discussed at an Odessa College board of Trustees workshop Wednesday at the Wood Math and Science Building.

The meeting was for discussion only and no votes were taken. Chairman Gary Johnson and members Bruce Shearer and Trudy Lewis were in attendance.

The total tax rate would be $.188643 per $100 valuation, a decrease of 6.5 percent over last year, Chief Financial Officer Brandy Ham said.

However, the no new revenue rate, what used to be called the effective rate, will increase 6.45 percent.

Because it’s over the no new revenue rate, Ham said tax hearings had to be held.

The fitness court discussed is an outdoor area with fitness equipment.

Vice President of Administrative Services Ken Zartner said they would like to place the fitness court near the sports center because it is near the track.

Vice President for Student Services Kim McKay said she was contacted several weeks ago by the National Fitness Campaign. There is also a grant available from Blue Cross/Blue Shield.

McKay said they are completing their grant proposal to Blue Cross/Blue Shield and they will submit that early next week. 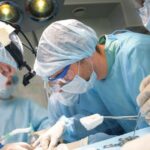 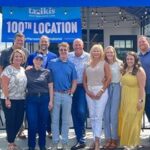 Season 17 of ‘America’s Got Talent’ continues with a fresh group of hopeful artists vying for the grand prize of $ 1 million. Global fashion […]

Symptoms, Causes, How to Treat