The proposed deal in New Jersey would give the West Orange-based not-for-profit health system a 50% market share for general acute care services in Middlesex County, according to the complaint. For-profit HCA Healthcare’s acquisition of five Steward Health Care System hospitals in Utah would reduce the number of health systems offering acute services from three to two in some markets, the FTC said.

In both cases, the transactions would eliminate direct competitors and incentives to reduce prices and improve care, Holly Vedova, director of the FTC’s competition bureau, said in news releases.

“St. Peter’s University Hospital is less than 1 mile away from [RWJBarnabas] in New Brunswick, and they are the only two hospitals in that city, “Vedova said.” There is overwhelming evidence that this acquisition would be bad for patients. “

HCA Healthcare of Nashville, Tennessee, and Dallas-based, for-profit Steward Health Care System are the second- and fourth-largest health systems, respectively, in the Salt Lake City area. As such, the two companies currently “keep costs down for consumers by competing vigorously with each other,” Vedova said in a news release. “If these companies merge, this competition will be lost, and Steward will no longer be available to patients as a low-cost provider in this region.”

RWJBarnabas Health is “incredibly disappointed” and is reviewing the FTC complaint to determine its next steps, the company said in a statement. St. Peter’s HealthCare System, HCA Healthcare and Steward Health Care System did not immediately respond to requests for comment.

St. Peter’s HealthCare System, a not-for-profit Catholic provider, operates the last independent hospital in Middlesex County. The combined entity would be able to demand higher reimbursements from health insurance companies because the only other acute care hospitals in the county are outside of New Brunswick, the FTC said. Insurers would likely pass on those costs to employers and policyholders, according to the FTC. New Jersey officials approved the deal last month and did not sign onto the FTC complaint. 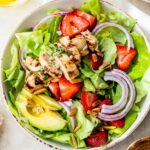 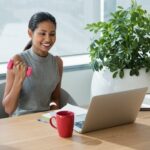 Despite being found innocent of murder charges related to multiple patient deaths, a doctor determined that practicing medicine again in Ohio would be impossible following […]

WHO calls on Pfizer to make its COVID pill more available

The head of the World Health Organization called on Pfizer to make its COVID-19 treatment more widely available in poorer countries, saying Tuesday that the […]