October 10: Glocalization is playing an important role for the success of global corporations. The word GLOCALIZATION came from mixing or merging the words GLOBALIZATION and LOCALIZATION. “Globalization” is used to describe how commerce and technology have increased connectivity and interdependence around the world. The scope of globalization has significantly changed the economy and society. Few global giants eg McDonald, Coca Cola, Whirlpool, Starbucks, are the most effective examples of Glocalization. If we look at McDonald’s successful hegemony over the biggest fast-food marketplaces in the world, localization plays a crucial part in the company’s success in keeping its competitive position. Like other fast-food chains, McDonald’s also ran into several issues as a global company. The business has succeeded in becoming one of the most renowned fast-food franchises worldwide despite these challenges.

On the other hand Whirlpool created specially customized design in washing machines to assist Indian women in washing Sarees. They specifically considered the needs of their Indian consumers. Indian consumers of Whirlpool have a recurring issue with five-foot or more long sarees getting tangled in washing machines. They collaborated with a local business partner who created a remodeled washing machine that catered to regional customs and tastes. For the Asian market, the multinational industrial powerhouse also localized its goods. They learned that placing a refrigerator in the living room is a common practice among Asian consumers. They sold their refrigerators in vibrant hues like red and blue to make them suitable for living room furnishings.

Their merchandise is also getting glocalized. Coca-Cola attempted to localize its worldwide product to the culture of the Filipinos by using terms like “pure,” “wholesome,” and “part of the family” in the advertising. The Philippines saw significant benefits from Coke’s use of glocalization. The 21-minute “Pearl of the Orient” commercial, which was localized for Coca-Cola, showcases Filipino customs, habits, and culture. It shows locals laughing and drinking Coke bottles among traditional dances and festivities.

Starbucks is another successful example of glocalisation. Pork or beef are not offered by Starbucks in India. To cater to the tastes of their Indian clients, the majority of whom refrain from eating beef or pig due to religious beliefs, they mostly provide vegetarian options. The Chatpata Paratha Wrap, which is stuffed with paneer, vegetables, and spices, is one of the options. Starbucks goes above and beyond to accommodate the dietary requirements of its patrons by providing separate ovens and serving stations for vegetarian and non-vegetarian food.

These modifications may appear insignificant, but they have a significant impact on foreign clients who may have been wary of doing business with a foreign company. By making its products to match the needs of its Asian and Indian clients, Whirlpool was able to gain their trust.

The story of the glocalization of McDonald’s started from when McDonald’s was pretty much located in the states but to expand their business/sales, McDonald’s started opening their branches all over the country slowly. However few important questions started influencing their strategic decision making process. Is there any fast-food chain that has more firmly established itself in popular culture than McDonald’s? It’s almost as though the restaurant itself has come to stand in for the whole fast-food sector. When you’re traveling by car, and you need something to fill up quickly? McDonald’s. When you’ve had too much to drink and are stumbling home from a party? McDonald’s. It’s McDonald’s, even when you want a sweet, chilly treat on a hot summer day (McFlurries anyone?). McDonald’s has not always had the finest ideas, despite its fame and durability. There have been other McDonald’s menu items that weren’t as well-liked by the public, even though the Big Mac, the Filet-o-fish, and the McChicken have persisted. The fast-food giant, with a brand worth of almost $126 billion, is growing and adding hundreds of new locations every year.

However, in Iceland, this accomplishment wasn’t quite a success. McDonald’s made the decision to close all its locations in the Nordic nation in 2009. McDonald’s arrival in Iceland also served as a reminder that the nation has evolved past its nationalistic isolation. The populace and the government both desire to embrace the world market. But eventually, people grew accustomed to McDonald’s. The original excitement was no longer present because McDonald’s was now simply another fast-food restaurant for Icelanders. Similarly in India, when McDonald’s came up with their hamburgers and cheeseburgers, people couldn’t consume their production as cows are worshiped by the Indians, therefore McDonald’s opened a new range of vegetarian products like the McAloo Tikki Burger (Potato Patty Burger), Maharaja Mac, etc. After making these major changes in their menu, the sales of McDonald’s in India took a flight.

This is how Mc Donald has changed its logo over a period of time. One of the oldest logos of McDonald’s, used to focus their famous Hamburgers but if this logo was displayed in India or some other countries where Hamburgers are not a favorite one, no one would ever even step into their restaurant.

The current logo of McDonald’s just expresses the ‘M’ of McDonald’s as the sign making it universal that doesn’t focus on one food item but is adaptable to every country’s choice of food menu.

Any company or organization that wants to succeed in the business world is required to be adaptable to changes or feedback. Especially the term Glocalization should be understood by the businessmen as it is a very important term to be referred to so that the people appreciate and look forward to their products and like taking services from them. Local regulations, culture, taste & preferences influence the demand of the product and global players need to adopt the same to capture local markets. Apart from Starbucks, McDonalds, there are many more fast-food companies who have adapted to Glocalization, For instance, KFC is known for their chicken, but India has many people out of the big population who are purely Vegan or Vegetarian. Thus, for them, KFC has come out with Biryani bowls, etc. to make sure that most of the population is able to enjoy the KFC menu without any restrictions. Apart from the growth in revenue, glocalisation significantly improves brand recognition, connecting global customers, and creating employment opportunities to contribute in the development of the local economy. However they have their own challenges in terms of local regulations, political and other business risks, competition with local players and incremental cost of customization. A wise man once quoted, “People constantly change so doesn’t ever think you fully know someone.” 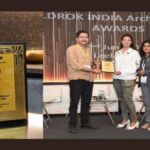 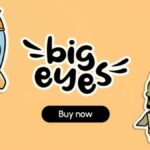 Next Article Big Eyes Coin Leaps Past 5 Million Dollars During Presale! Can The Cat Climb To The Top Of The Crypto Market Alongside Bitcoin And Tether?

Are you looking for an Amarose skin tag remover review? If so, read this article to learn all about what it is and does it […]

Fitness supplements are popular among the people who wants to stay in shape and perfect size. However, there are few things that can hardly be […]

A set of teeth makes us look beautiful and healthy. It is important to have good teeth to keep our overall health healthy and to […]

In recent times, losing weight has been a more significant concern. For losing weight, exercises and food regimes have become standard. Nutrition experts advocate a […]