How Bitcoin Is Damaging The Environment, And How Ethereum And Big Eyes Coin Are Fighting Back


One of the most significant issues the crypto industry faces is its environmental impact. Big Eyes Coin, Ethereum, and many others are all doing their part to combat this, however even in doing so, the industry still faces issues.

With Bitcoin still leading the industry by a significant margin, and the technology behind the project being a major factor in the overall perceptions of crypto’s negative environmental impact, it is important to look further into it.

In this article, we will be looking at the technology behind Bitcoin and the environmental impact it is having, before seeing how Ethereum and ERC-20 meme token Big Eyes Coin are doing their part to fight for environmentally-aware crypto practices.

How Proof-of-Work Is Causing Bitcoin To Waste Excess Energy

As the original cryptocurrency, it is no surprise that the technology Bitcoin has been built on has become somewhat outdated in the current economy. Proof-of-Work is a validation system that allows anyone to validate Bitcoin transactions as long as their technology is competitive, which while great in theory, has turned into somewhat of a nightmare in the modern day.

With so many validators working for Bitcoin rewards, and the necessity for the best machines possible to even be in with a chance of success, Bitcoin validation has transformed into a technological arms race that results in sky-high energy use and energy waste per transaction. This is also why Bitcoin transactions are so often time-consuming and expensive.

Consider the following: according to data from Solana, each Bitcoin transaction requires over 5 billion joules of energy to complete. Running the average US household for a year uses 38.6 billion joules.

The Merge Gives Ethereum An Edge In Environment
With the damage caused by the Proof-of-Work validation system, it is no surprise that crypto juggernaut Ethereum made the decision to make the shift over to the far more environmentally friendly Proof-of-Stake validation system, via The Merge which was completed earlier this year.

This system greatly reduces the number of machines involved in the validation process, reducing the energy output of Ethereum transactions to just 144,000 joules. According to Ethereum’s estimates, their energy consumption has been reduced by 99.95% thanks to The Merge, allowing Ethereum to continue operations in a far more environmentally conscious manner.

Why Can’t Bitcoin Switch To Proof-of-Stake?
The solution to Bitcoin’s biggest issue seems obvious: if a network as extensive as Ethereum can switch its validation protocol, why can’t Bitcoin?

Simply put, due to the age of the technology used by Bitcoin, the network would be nearly impossible to shift to a new validation protocol. This, combined with the fact that the creator of Bitcoin is still anonymous, makes contacting the original creator to request this shift near-on impossible, leaving a shift like The Merge a distant dream for the Bitcoin network.

Big Eyes Coin Sets Its Sight On Saving The Oceans With Bold Charity Scheme
Following on from Ethereum, there is the ERC-20 meme token Big Eyes Coin, which is utilizing the blockchain’s low energy output to push its own ecological message.

Having chosen to build itself on the Ethereum network in part due to the benefits presented by The Merge, Big Eyes Coin has big goals of saving the planet, with the new and improved Ethereum being a great blockchain to help see this through.

Big Eyes Coin is still in its early stages, meaning that now is the perfect opportunity to get involved for the opportunity to make big returns in the future. The project has raised over $5 million, with this set only continuing to rise as the project works through its fourth stage of the presale.

Better yet? With code BIGOCT22, buyers can benefit from 5% off token purchases, making getting involved with Big Eyes Coin now better than ever.

Want to know more? Then follow the links below: 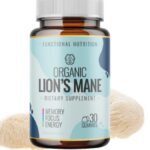 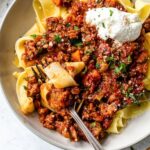 Pink Shared Her ‘Spiritual Toolbox’ for Dealing with Panic Attacks

Pink performing on stage at the 2021 Billboard Music Awards Getty Images Pink has opened up about her health struggles in the past, but now […]

5 Habits For Your Mother s Health

Health is an essential parameter in life and often an overlooked factor in most of our lives. Especially in the case of women post having […]

Persystic Token Is Bringing Decentralization To Social Networks Alongside Cardano

Keto Flow Gummies – Essential Information To Know People are making significant efforts to improve their health and fitness but do not see typical outcomes. […]