The world of online gaming has witnessed tremendous growth since its inception. Accelerated digital adoption, affordability and availability of smartphones and the internet have helped the online gaming industry to acquire a huge user base and break new ground. As more users turn to online gaming, the industry is projected to touch a $5 billion revenue by 2025.

Amid the highly competitive market landscape, real money games are becoming the largest segment in the industry. Esports and online gaming platforms are diverting extensive spends to ditch the traditional gaming models and stay ahead in the market. KhiladiAdda – India’s largest micro eSports tournament and online gaming platform allows gaming enthusiasts to play games like fantasy cricket, quizzes, Free Fire Max, Battleground India and other casual games with an opportunity to monetize their gaming skills.

How did it start?
Incepted in 2019 by avid gamers- Satyam Rastogi, SiddharthSrivastava, KushagraTyagi, Harsh Prasad and ShashiBhushanVerma, the idea for the startup was conceived in the corridors of ANDC college and perfected in the ANDC incubator.

“The groundbreaking idea of ​​KhiladiAdda was developed at a time when the eSports and fantasy gaming industry was still at a nascent stage in India. Most gaming platforms were riddled with challenges such as the dearth of innovative games, high commissions, data theft, fund blockages and lack of user support. With KhiladiAdda, we have achieved great admiration in keeping up with ever-evolving regulations, technology and user demands,” said KushagraTyagi – Co-founder & Head of Operations in Casual Gaming, KhiladiAdda

Knowing that the industry was ripe for disruption, KhiladiAdda endeavored to integrate the fun and excitement of gaming with a lucrative incentive structure that enables players to monetise their skills and time in a secure and compliant manner. As a multigame platform, the startup creates unique games and organizes tournaments that support the distinctive needs of diverse gamers.

Khiladiadda role in boosting the Industry
In the esport segment, Khiladiadda provides a unique opportunity to its players to wager on their own skills to earn and win prizes through very frequent micro tournaments. The concept of micro tournaments with very low entry barriers allows the player to start playing even with minimal amounts of money. This gives a powerful motivation and impetus to the user to monetize their time spent along with honing their skills and also work towards making esports their professional career. Khiladiadda has become a breeding ground for upcoming promising players from the country.
With the introduction of esports as a competitive sport at the Asian Games, the future prospects of professional gamers in the country is rising exponentially. KhiladiAdda is planning to up its game in this domain by onboarding its own esports team through a nation wide contest. This team will represent KhiladiAdda in various competitive tournaments.

The business growth and future plans
KhiladiAdda seeks to take on the gaming incumbents with its highly lucrative, innovative and rewarding gaming platform. As the industry continues to grow exponentially, the Delhi-headquartered startup with operations in Noida aims to position itself uniquely in the industry to capitalize on the coming industry boom and foray into other gaming dimensions such as metaverse-linked gaming.

With the integration of new-age technologies aligned with users’ needs, the company has recorded a 7x revenue growth in the last year itself, in the current year the projection is to have 3-4x revenue growth. Additionally, the RMG startup is looking to add more users to its customer base with innovative and dedicated marketing strategies.

Talking about the future plans, Satyam Rastogi – Founder & CEO, KhiladiAddasaid, “Upon receiving an impressive response from our users, we are looking to grow beyond India and planning to spread footprints in other global regions as well. We believe the online gaming segment stands on the integration of technology and we also look forward to placing our bets on embedding newer technology solutions for disruption.”

The esports and online gaming industry is becoming prominent for users to generate income out of the time and skills they spend. KhiladiAdda emphasizes on embedding blockchain technology to enhance user experience and opportunity to earn higher rewards.. In addition, it is also working aggressively on providing control and transparency to the users in terms of privacy and security to drive more numbers and achieve credibility in the market . 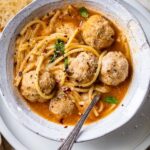 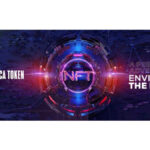 Obesity is a growing public health problem, which is now considered a post-pandemic non-communicable disease and a leading cause of preventable death worldwide. Several weight […]

GoKeto Gummies Review – Do ACV Keto Gummies Work or Scam?Fortunately, there are many natural supplements that can help you lose weight and get fit. […]

A Detailed Review To READ Before You Buy!

If you’ve ever tried losing weight in the past, you certainly won’t need anybody to tell you just how stressful, time-consuming, and difficult the entire […]

If you are looking for a Phentermine over the counter alternative, there are several options available to you. Many people who are struggling with weight […]