Chelsea’s Ben Chilwell has discussed his fitness after the opening game of the Premier League season vs Everton.

In the first-half, due to a Ben Godfrey injury, there were eight minutes added on and that’s when Chelsea pounced.

Chilwell, in the 51st minute, had some space ahead of him and charged into the Everton box.

Then, in a lapse of concentration, Abdoulaye Doucouré dragged the left-back down, leaving Craig Pawson no choice but to award a penalty.

Jorginho dispatched the penalty in his usual expertise and that goal was the difference between a win and a draw.

However, in the post-match interview with Sky Sports, via Absolute ChelseaChilwell hinted he only got the nod to start the game yesterday.

“I had a conversation with the manager yesterday. He said am I ready? I said of course. I didn’t know if I actually was!

“I’ve had the whole of pre-season and a few extra weeks coming in early. It’s completely different to today. It’s intense.

“One of the toughest places to come here, first game and happy to get the win. I’m exhausted.” 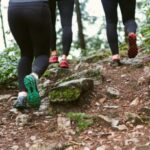 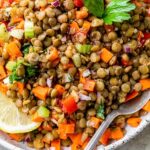 For the first time in history, a Spartan Obstacle Course Racing event is coming to McMinnville. The DEKA Mile is slated to take place at […]