Mikan saw the second-highest growth in total compensation among health insurer chiefs. Oscar Health CEO Mario Schlosser got the largest increase, with stock awards issued last August driving his compensation up 10,674% to $ 60.8 million in 2021. Ninety-nine percent of his compensation was in stock. Alignment Heathcare CEO John Kao made $ 46 million in 2021, 12 times his compensation the prior year.Clover Health CEO Vivek Garipalli’s $ 389.5 million compensation package was the most valuable across the industry in 2021. He didnt ‘accept any compensation in 2020 and the company paid him entirely in stock last year, which it granted before its $ 3.7 billion special purpose acquisition deal in January 2021.

The four startup CEOs each earned much more than their peers at profitable health insurance companies. Garipalli’s compensation last year was more than 20 times higher than what UnitedHealth Group — a diversified company that owns UnitedHealthcare, the largest insurer by membership — paid CEO Andrew Witty, for example.

Compensation is typically made up of salary, cash incentive payments, equity awards and other incentives, such as company contributions toward retirement plans or insurance policies. At these startups, CEO compensation is primarily based on company revenue and membership growth and on executives’ individual performances, according to SEC filings.

Awarding chief executives with stock or option grants either before or after IPOs is a common practice companies employ to tie executives ‘incentives to the businesses’ financial performance.

In 2020, many health insurer CEOs also voluntarily reduced their pay to avoid scrutiny over high profits generated during the COVID-19 pandemic. Schlosser, for example, reduced his base salary 28% to $ 430,000, where it has remained since.

Bright Health Group’s Mikan is the only CEO who got a raise at the end of 2021. Offering retention bonuses to executives during a bad year is common, although it can spark outcry from shareholders and workers, said Judy Canavan, managing director of compensation consulting services at BDO Global Employer Services.

“Executive pay keeps going up, no matter how much we’ve jumped up and down about it,” Canavan said. “Pushback is definitely there.”

In the months after Mikan’s raise, the company laid off 150 people, cut payments to brokers, shuttered its employer business and ended its business in six states. The insurer also announced that technology problems led it to delay paying providers for months at a time. In April, the Colorado Department of Insurance fined Bright Health Group $ 1 million for delays in processing claims and responding to patients.

Bright Health Group expects to lose up to $ 800 million by 2022, although analyzes project its losses to exceed $ 1 million. 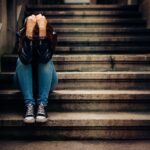 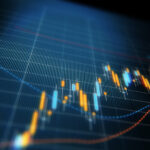 HCA Healthcare has entered into a wide-ranging collaboration with Johnson & Johnson, the for-profit hospital chain announced Tuesday. The for-profit health system and the drug, […]

The Medicare Shared Savings Program could see big changes soon if the Centers for Medicare and Medicaid Services enacts a set of policies unveiled Thursday. […]

Taylor Carstarphen began using hormonal birth control so reduce the pain she experienced during heavy periods. Cramps often made it hard for her so get […]