Cerebral, the embattled mental health startup, confirmed layoffs will occur by July 1. The company said it was restructuring its operations and eliminating a number of positions, although it did not specify how many.

According to an internal memo obtained by Digital Health Business & Technology, the affected areas will include support and operations teams within the company’s headquarters.

The layoffs come as Cerebral faces an investigation into its prescribing practices by the Department of Justice for possible violations of the Controlled Substances Act. It is also battling three former employees in court, including former vice president of product and engineering Matt Truebe, who alleged the company sought to boost customer retention rates with ADHD medication prescriptions.

Cerebral CEO Kyle Roberston was forced out two weeks ago, replaced by the company’s president, Dr. David Mou. CVS, Walmart and TruePill have all stopped filling prescriptions from Cerebral.

In December 2021, Cerebral received a $ 300 million funding round and has a valuation of nearly $ 5 billion.

Another digital health unicorn, Carbon Health, which combines traditional brick and mortar clinics with telehealth, said it is trimming 8% of its workforce, which equates to 250 employees.

Carbon CEO Eren Bali cited volatile capital markets as the reason for the layoffs. He said the company needs to be less focused on growth and more focused on profitability. According to Bali, the company is seeing a decrease in revenue from COVID-specific business lines. It is still projected to double its revenue from 2021.

The San Francisco-based Carbon received a $ 350 million Series D funding round in July 2021, led by Blackstone’s Horizon platform. The company is valued at $ 3 billion.

Dr. Justin Norden, a partner at GSR Ventures, said that companies that were focused primarily on growth are waking up to the reality that venture capital is no longer cheap and readily available. He said that while healthcare is largely recession proof, he is advising companies to focus on profitability and more measured growth.

“It’s not the end of the world, we’re still excited about our investments,” Norden said. “But we are also encouraging companies to think differently and make sure they can increase their runway. Yes, growth is important but don’t spend money for no reason. ”

In general, Norden said that investors have been ahead of this trend for months. He was advising companies to raise money when conditions were still favorable because it wasn’t going to last. With no longer favorable conditions, he said companies should focus on short-term return on investment and smart hiring strategies.

With the market in turmoil, Fleshman is advising the companies he works with to keep ample cash on hand, but “there are many that don’t have healthy balance sheets.”

Those fundamentals paired with higher expectations from investors are making it increasingly difficult for companies to woo investors. As a result, funding is drying up, Fleshman said.

Other digital health companies that have undergone layoffs in the last few weeks include Bengaluru, India- based platform company, Mfine; New York-based consumer health company, Thirty Madison; New York-based wellness platform company, Noom; and Davenport, Iowa-based digital pharmacy, DivvyDose. Thirty Madison’s layoffs were related to its merger with Nurx, while Mfine cited financial difficulties in laying off 75% of its staff. Noom said it is shifting its strategy around wellness coaching. 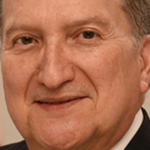 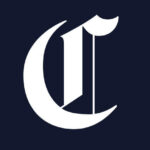