Come for the gym. Stay for the office space.

Athletic club operator Life Time is ramping up its coworking business, betting that amenities like those offered by its gyms will drive demand for office space.

The fitness company opened up its largest Life Time Work flex space location in the same building as one of its clubs, with 39,000 square feet carved out at 14 West Superior Street in Chicago for office memberships that include gym access. It also announced plans Tuesday for its first New York City coworking location, with 15,000 square feet, attached to a new fitness facility coming to Brooklyn at Fleet Street, DeKalb, and Flatbush Avenue Extension.

Moves to expand the company’s coworking business add an unconventional player to the contest to land office users as they return to downtown workplaces.

Life Time is betting that the pandemic that kept employees at home will also help drive demand for more wellness-related amenities as they return. The newest buildings, with features like basketball courts and large fitness centers built into them in Fulton Market are where leasing activity has been concentrated.

“It’s an arms race for amenities,” James O’Reilly, president of Life Time work, said. “Some of the older inventory is really working hard to try and create more of a draw. The office and what a place to work means is undergoing a great rethink at the moment. ”

Life Time is trying to enter the office market without being a standard commercial landlord with a tenant like WeWork or another coworking company taking up a chunk of the building. It’s still a wellness-focused company and has a built-in base of potential office members among its gym users.

Short-term leases and more flexibility are being asked about, he said, and the company is glad to provide them.

“We’re getting inquiries from large Fortune 500 companies with a team of newly located people in the Chicago region, asking` What do you have that can support these four or five folks? ‘”O’Reilly said. “During moments of great uncertainty, what we see increasingly is people are not willing to sign long-term commitments, because of the level of unknowns in the environment. We see a greater appetite for short-term flexibility, the ability to pivot if needed. ” 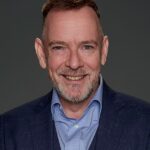 Liverpool received a huge boost in the form of Firmino. The Brazilian star has returned to full fitness right before one of the biggest months […]

Are Tumors on the Ovary Cancerous? Symptoms, Diagnosis, Treatment

Ovarian tumors do not always mean you have cancer. They most commonly develop in individuals of childbearing age. About half of those with irregular periods […]