Almost 2 million of California’s poorest and most medically fragile residents may have to switch health insurers as a result of a new strategy by the state to improve care in its Medicaid program.

A first-ever statewide contracting competition to participate in the program, known as Medi-Cal, required commercial managed-care plans to rebid for their contracts and compete against others hoping to take those contracts away. The contracts will be revamped to require insurers to offer new benefits and meet stiffer benchmarks for care.

The long-planned reshuffle of insurers is likely to come with short-term pain. Four of the managed-care insurers, including Health Net and Blue Shield of California, stand to lose Medi-Cal contracts in a little over a year, according to the preliminary results of the bidding, announced in late August. If the results stand, some enrollees in rural Alpine and El Dorado counties, as well as in populous Los Angeles, San Diego, Sacramento, and Kern counties, will have to change health plans — and possibly doctors.

“I’m still shocked and I’m still reeling from it,” said John Sturm, one of about 325,000 members of Community Health Group, the largest Medi-Cal plan in San Diego County, which could lose its contract. “Which doctors can I keep?” How long is it going to take me to switch plans? Are there contingency plans when, inevitably, folks slip through the cracks?” Sturm wondered.

Sturm, 54, who has three mental health conditions, largely because of childhood sexual abuse, said finding a psychologist and psychiatrist he could trust took a lot of time and effort. He pointed to the disruption caused by the rollout of Medi-Cal’s new prescription drug program this year, despite assurances it would go smoothly.

“I have concerns, and I know other people in the community have concerns about what we’re being told versus what the reality is going to be,” Sturm said.

Arguably, the biggest loser in the bidding is Health Net, the largest commercial insurer in Medi-Cal, which stands to lose half its enrollees — including more than 1 million in Los Angeles County alone. St. Louis-based Centene Corp., which California is investigating over allegations that it overcharged the state for prescription drugs, bought Health Net in 2016, in part for its Medicaid business, of which LA is the crown jewel.

But the state’s health plan selections are not set in stone. The losing insurers are fiercely contesting the results in formal appeals that read like declarations of war on their competitors and on the state. Some of the losers essentially call their winning rivals liars.

The stakes are high, with contracts in play worth billions of dollars annually. Insurers that lose their appeals with the state Department of Health Care Services, which runs Medi-Cal, are likely to take their complaints to court. That could delay final decisions by months or years, causing a headache for the department, which wants coverage under the new contracts to start Jan. 1, 2024.

State officials hope to spend the rest of this year and all of 2023 ensuring the chosen health plans are up to the task, which includes having enough participating providers to minimize disruptions in care.

“Member access and continuity are really our top priorities as part of this transition, and we have dedicated teams that will be working with the health plans on the transition planning and the continuity planning,” Michelle Baass, director of the department, told KHN.

Baass also noted that enrollees have continuity of care rights. “For example, if a member is currently under the care of a doctor during the prior 12 months, the member has the right to continue seeing that doctor for up to 12 months, if certain conditions are met,” she said.

The competitive bidding process is an effort by the department to address persistent complaints that it has not effectively monitored subpar health plans.

Eight commercial insurers bid for Medi-Cal business in 21 counties. They were required to submit voluminous documents detailing every aspect of their operations, including past performance, the scope of their provider networks, and their capacity to meet the terms of the new, stricter contracts.

The new contracts contain numerous provisions intended to bolster quality, healthcare equity, and transparency — and to boost accountability of the subcontractors to whom health plans often outsource patient care. For example, the plans and their subcontractors will be required to reach or exceed the 50th percentile among Medicaid plans nationally on a host of pediatric and maternal care measures — or face financial penalties.

They will also be on the hook for providing nonmedical social services that address socioeconomic factors, such as homelessness and food insecurity, in an ambitious $8.7 billion, five-year Medi-Cal initiative known as CalAIM, that is already underway.

Local, publicly governed Medi-Cal plans, which cover about 70% of the 12.4 million Medi-Cal members who are in managed care, did not participate in the bidding, although their performance has not always been top-notch. Kaiser Permanente, which this year negotiated a controversial deal with the state for an exclusive Medi-Cal contract in 32 counties, was also exempt from the bidding. (KHN is not affiliated with Kaiser Permanente.)

But all Medi-Cal health insurers, including KP and the local plans, will have to commit to the same goals and requirements.

In addition to Health Net, Blue Shield of California, and Community Health Group — which have contracts with Medi-Cal only in San Diego County — are also big losers, as is Aetna, which lost bids in 10 counties.

Blue Shield, which lost in all 13 counties where it submitted bids, filed a fiercely worded appeal that accuses its rivals Anthem Blue Cross, Molina, and Health Net of failing to disclose hundreds of millions of dollars in penalties against them. It accused those three plans of poor performance “and even mendacity” and said they filled their bids with “puffery,” which the state “bought, hook, line and sinker,” without “an iota of independent analysis.”

In particular, Health Net said, the Department of Health Care Services “improperly reopened the procurement” after the deadline, which allowed Molina to make “comprehensive changes” that raised its score.

The protesting health plans are requesting that they be awarded contracts or that the bidding process start over from scratch.

Joseph Garcia, chief operating officer for Community Health Group, said, “It would be easiest for all concerned if they just added us. They don’t have to remove anybody.”

Community Health Group has garnered an outpouring of support from hospital executives, physician groups, community clinics, and the heads of multiple publicly governed Medi-Cal plans who sent a letter to Baass saying they were “shocked, concerned, and very disappointed” by the state’s decision. They called Community Health Group “our strongest partner of 40 years,” for whom “equity is not a buzzword or a new priority,” noting that more than 85% of its staff is bilingual and multicultural.

Community Health Group noted in its appeal that it had lost by less than a point to Health Net, which won a San Diego contract — “a miniscule difference that in itself resulted from deeply flawed scoring.”

Garcia said that if Community Health Group loses its appeal, it will “absolutely” sue in state court. A hearing officer appointed by Baass to consider the appeals has set deadlines to receive written responses and rebuttals by Oct. 7.

There is ample precedent for protracted legal battles in bidding for Medicaid contracts. In Louisiana, Centene and Aetna protested the results of a 2019 rebidding process, which led the state to nullify its awards and restart the bidding. The new results were announced this year, with Centene and Aetna among the winners. In Kentucky, the state court of appeals issued a ruling this month in a contested Medicaid procurement that had been held two years earlier.

Another factor could delay the new contract: California is juggling several massive Medi-Cal changes at the same time. Among them are the implementation of CalAIM and the anticipated enrollment of nearly 700,000 unauthorized immigrants ages 26-49 by January 2024, on top of nearly a quarter-million unauthorized immigrants 50 and older who became eligible this year. And then there’s the recalculation of enrollees’ eligibility, which will take place whenever the federal covid-19-related public health emergency ends. That could push 2 million to 3 million Californians out of Medi-Cal.

“Just hearing you list all those things gave me a minor panic attack,” said Abigail Coursolle, a senior attorney at the National Health Law Program. “They are making a lot of work for themselves in a short amount of time.”

But, Coursolle added, the state has “a very positive vision for improving access and improving the quality of services that people in Medi-Cal receive, and that’s very important.” 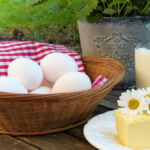 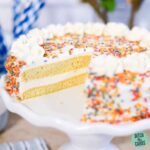 HCA Healthcare has entered into a wide-ranging collaboration with Johnson & Johnson, the for-profit hospital chain announced Tuesday. The for-profit health system and the drug, […]

Healthcare organizations including Kaiser Permanente, Boston Medical Center and Massachusetts General Hospital are making investments in nutrition and food insecurity programs as part of a […]

By MIKE MAGEE Dr. Linda Rosenstock has an MD and MPH from Johns Hopkins, and was a Robert Wood Johnson Clinical Scholar. She is currently […]

Pandemic gets tougher to track as COVID testing plunges

Testing for COVID-19 has plummeted across the globe, making it much tougher for scientists to track the course of the pandemic and spot new, worrisome […]