A majority of Medicaid managed care organizations have modified or abandoned algorithms, policies or models they determined to be racially biased, according to survey results the Institute for Medicaid Innovation released Friday.

The institute found that 88% of Medicaid carriers revised health management tools to remove biases that negatively affected the health of people of color over the year prior to the survey. Health insurance companies including Kaiser Permanente, Centene and UnitedHealthcare are also collecting more information about their policyholders, including race, ethnicity, language and social determinants of health data.

The efforts go hand in hand. Insurers hope to use the data to address health disparities and to identify when their own algorithms and models may be exacerbating them.

According to an earlier report jointly released by Independence Blue Cross and the Massachusetts Institute of Technology, insurers’ health management tools fail to consider structural racism in their machine-learning models.

Early intervention models often do not factor in race and socioeconomic status, which could delay care and worsen inequity, according to the report. For example, medication adherence models use medical history data that reflect disparities in diagnosis, treatment and prescribing between Black and white patients, researchers found. The result is a tool that disproportionately identifies Black patients as being “noncompliant” when the true cause may be poor access to care.

“Health plans and other entities that develop and use medication adherence models must recognize how systemic biases in access to pharmacies and prescription drugs, prescribing patterns, and utilization in Black and brown communities affect problem formulation, algorithm development and interpretation, and intervention strategies,” the Independence Blue Cross-MIT report says.

Increasing the amount and types of patient data for insurers could improve these tools, the report concludes. Insurers are preparing to categorize claims data by race and ethnicity to identify inequities across groups.

Insurers are also trying to better understand the barriers their members face to health and want cooperation from the government and from community organizations. According to the survey, 90% of managed care organizations said their state Medicaid programs should improve data-sharing between foster care agencies and the criminal justice system, and another 86% want more information from community groups, for instance.

Developing partnerships with community organizations can enhance access to data on barriers to health, Karen Dale, chief diversity, equity, and inclusion officer at AmeriHealth Caritas, said during an Institute for Medicaid Innovation panel discussion Friday. Insurers should use such data to target interventions, then get feedback on the results from all parties involved, she said.

“We should be doing that work,” Dale said. “It’s all about who we serve and increasing opportunities for them to be healthy.”

Regulations governing insurance companies’ algorithms and artificial intelligence tools are in their infancy. For example, the Food and Drug Administration recently announced it would review medical devices for evidence of bias and inequity. On Wednesday, an FDA advisory panel met to evaluate pulse oximeters, which may overestimate oxygen concentrations among patients with darker skin. 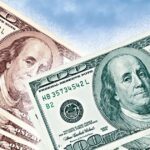 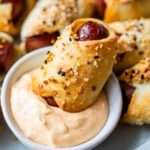 Next Article Everything Bagel Pigs in a Blanket

MercyOne, which is part of Trinity Health, is exploring a merger with Genesis Health System. The not-for-profit systems signed a letter of intent Wednesday to […]

Dialysis providers will receive a 3.1% pay increase from the Centers for Medicare and Medicaid Services in 2023, the agency announced in a final rule […]