This new line of research has introduced some conflict at DCI; after all, many researchers there are interested in cryptocurrency because it eliminates the need for banks or government monetary bodies. But Narula has found a way to bring crypto enthusiasts to the table with central bankers to talk about what lessons Bitcoin might hold for the design of a bank-backed digital currency.

Narula sees DCI as neutral territory. “These worlds are very different, the cryptocurrency world and the central-banking world,” she says. “We see ourselves in part like a bridge.”

When Frank first started researching digital currency, in 2018, she felt cryptocurrency had become too toxic and worried that the technology might not be salvageable. “It’s going so far in the wrong direction,” she recalls thinking.

But Narula told Frank that cryptocurrency still had untapped potential, and that much of its toxicity sprang from a widespread failure to predict the most-negative outcomes amidst its hasty evolution. Narula says we are now dealing with what we’ve wrought through this inadequate planning but that we can use what we learn from crypto’s mistakes to design new digital currencies that can serve people better.

Narula says Bitcoin research helps her team answer fundamental questions about other kinds of cryptocurrencies as well as CBDCs. It should be possible to design a CBDC to work for “those who are often the most disadvantaged” by the current monetary system, she says. Properly implemented, it could help cut the red tape around social support programs or eliminate fees that people without bank accounts must often pay to access their cash.

Earlier this year, Project Hamilton debuted its design for a speedy payment processor that could handle 1.7 million transactions per second, seemingly paving the way for the US to launch a CBDC. Then, in March, President Joseph Biden issued an executive order to ramp up CBDC research, a bid to keep America ahead of other countries in the financial technology race.

Biden expects a technical evaluation of what will be needed to design a CBDC to come out by September, and Project Hamilton will inform that policy. The US is not the only country turning to DCI; Narula says the group recently began advising other countries on CBDCs as well. There are still unanswered questions when it comes to adopting them, she adds.

Narula’s top concern for any new digital currency — be it a CBDC or a cryptocurrency — is to ensure that it protects user privacy. She is watching what happens with China’s CBDC, which has already been used to conduct billions of dollars in transactions. Experts have noted that China could eventually link it up to the country’s social credit system (which uses citizens’ financial data to score their trustworthiness), cautioning that this could vastly increase social monitoring in that country and allow the government new levels of control. It might even be able to deny citizens access to their own money in response to their social media posts.

No one knows how it will all play out. But Narula plans to be there, by the glowing Bitcoin sign in the DCI office, to help navigate this new future. “We want to understand the implications of different technology designs,” she says, because ready or not, “money is really changing.”

Ashley Belanger is a freelance science journalist based in Chicago. 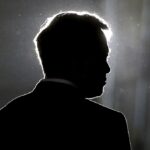 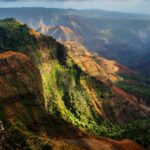 Right-Wing Trolls Are Trying to Break Back Into Twitter

Within two hours of Twitter’s announcement that it had accepted Elon Musk’s $ 44 billion offer to buy the company and take it private, the […]

MARCY, New York — From afar, the new Wolfspeed factory in upstate New York looks like any other large corporate office building, with an unassuming […]