MyMichigan Health will promote longtime healthcare administrator Lydia Watson to president and CEO to replace the late Diane Postler-Slattery, who died in a plane crash with her husband in March.

Watson, currently a senior vice president and chief medical officer for the Midland-based health system, will take over the role on Dec. 1, MyMichigan announced in a press release Wednesday.

Greg Rogers, who served as the interim CEO following Poslter-Slattery’s death and was the COO prior, will serve Watson as an advisor before retiring at the end of the year, the system said in the release.

“Lydia is a well-respected and trusted leader in the industry and here at home,” Rogers said in a statement. “She has been instrumental in guiding our system through the pandemic, is a steadfast advocate for quality care and patient, employee and physician satisfaction, and accomplished in establishing and maintaining cultures of excellence. With her foresight and clinical background experience, she will play a pivotal role in the continued growth and development of MyMichigan Health.”

Watson has served as an administrator with MyMichigan Health since 2013 and has served in various leadership roles including chief of staff, vice president of medical affairs and board member of the MyMichigan Medical Center in Midland. Prior to administration, she served as an obstetrician-gynecologist at the Midland hospital.

She earned a bachelor’s and medical degree from Wayne State University and served six years in the Army National Guard, reaching the rank of captain.

Postler-Slattery, 62, and her husband were traveling from Midland on their privately-owned fixed-wing single-engine Cessna 182Q to Beaches International Airport in Panama City, Fla. when it disappeared from radar on March 8, two miles north of the airport, the Bay County Sheriff’s Office reported on social media.

Postler-Slattery’s husband, Dan Slattery, was piloting the plane and was in communication with air traffic control as it prepared to land at the Panama City airport. But he seemingly lost control of landing the plane in cloud cover on the approach and the plane veered off course, according to a preliminary report by the National Transportation and Safety Board. He logged 569 hours in the Cessna before the crash, and it remains unclear if weather played a role. The incident is still being investigated.

MyMichigan hired Postler-Slattery as its top executive in 2013. Prior, she served as the president and COO of Aspirus Wausau Hospital in Wisconsin and senior vice president of quality and extended services for the Aspirus system. 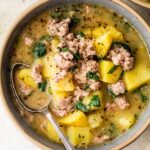 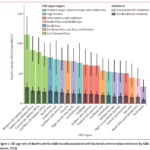 Next Article Antimicrobial resistance is a major problem – Healthcare Economist

Dr. Akram Boutros, who was ousted Monday night, Nov. 21, as CEO of MetroHealth due to what the system characterizes as abuses related to bonus […]

The American Medical Association surveyed its members between November and December of 2021 to examine their current use of telehealth. […]