NASA experts are waiting to have their huge Moon Launch System built for the moon ready to take off in a few months, but so far they are experiencing difficulties along the way. On March 17, NASA unveiled the world’s largest rocket at the Kennedy Space Center in Florida to prepare for the launch of the new Artemis month later this year. Since then, experts have completed numerous checks on large rocket launchers, but after three attempts they have not been able to pass the final test, the so-called wet wet rehearsal test.

The main problems have been the incorrect helium valve and the leakage of hydrogen fluid, which resulted in multiple backsliding in test scores. Finally, NASA officials decided over the weekend to launch a rocket and carefully shake off the SLS and Orion helicopters back to the Vehicle Assembly Building, an area equipped with the necessary equipment for rocket operation. He may return to bed next week to complete a reading test, but Artemis’ first work around the moon – scheduled for early June – may be delayed.

“The Mega moon rocket is doing very well. The only valve we have ever seen so far. We are very proud of the rocket,” said Tom Whitmeyer, vice president of NASA headquarters in Washington, at a press conference this afternoon. “But we have a lot more work ahead of us.”

Self-defense measures are not surprising; NASA does not want to take advantage of their more expensive rocket or their launch of Artemis is not possible. “It depends on what we consider to be legitimate risk,” said Mike Sarafin, Artemis mission manager, at a previous meeting on April 15.

The same experiment began on April 1, when a rocket was carried from the assembly building to the Launch Complex 39B via a large reptile. Jeff Spaulding, NASA’s chief testing officer, and his team began their mission by connecting rocket power and compression equipment and filling the white missiles with sidewalks and launchers. Then he began to fill a large tank of orange oil containing more than 700,000 gallons of hydrogen liquid and liquid oxygen, cooling to -423 and -297 degrees Fahrenheit, respectively. (That’s “wet” in the “wet dress test.”) Their goal was to take the count down to less than a second of T-10 — something very close to real opening without firing mid-range RS-25 engines.

Throughout the experiment, Spaulding and colleagues monitored the equipment, pressure, temperature, and valves to ensure that all systems were operating within the required parameters. (“If it becomes clear that they are a little over the border, that’s what we want to know now — if there is anything we need to fix or change,” he had said in the early days over and over again.)

The experiment revealed the significance of several changes. The work was first delayed on April 2 and lightning, which hit rocket towers. Then the next day, NASA officials encountered problems with fans of the platform and their backup storage, according to Charlie Blackwell-Thompson, co-founder of Artemis. These fans provide guidance in the mobile trigger, the long form near the rocket, so as not to pollute the air. This led to a delay when the fan problem was resolved. 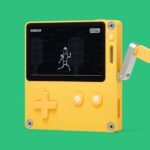 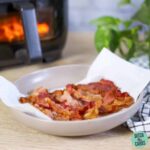 Hackers Are Getting Caught Exploiting Zero-Day Bugs More Than Ever