To commemorate the NBA’s 75th Anniversary, teams from around the league have been working hard to renovate spaces in their communities. The Miccio Community Center serves families from the NYCHA Red Hook Houses with programming throughout the year, providing a safe space for youth to learn and play.

The center’s fitness room was damaged during Hurricane Ida in 2021, rendering the space unusable until now, and as part of this renovation, the Nets provided treadmills, a bike machine, weights and racks, benches, and other multifunctional equipment, along with installing three murals in the space.

The Nets have a long-standing relationship with the Miccio Community Center – dating back to when the team moved to Brooklyn in 2012 – and one of the larger ways in which the two organizations align is a shared commitment to serving the community.

“We identified Miccio Community Center as our 75th Anniversary Legacy Project because we have seen first-hand their impactful work and saw the tremendous need for support,” said Mandy Gutmann, executive vice president of Community Relations and Communications at BSE Global, parent company of the Brooklyn Nets and Barclays Center. ”

“We saw the damage left by Hurricane Ida and knew we needed to help. Miccio’s work is vital to Red Hook and we are proud to join our incredible community partners who all helped bring our vision to life, ”she added.

“I am so thankful to the Brooklyn Nets for making the renovation of the fitness room possible for our NYCHA youth participants,” said Michelle Yanche, executive director of Good Shepherd Services. “The Miccio provides youth with a safe space to learn and play. The renovated fitness room will create new opportunities for programming for our youth and the community, and we are all excited about the impact this will have on all of our program participants. ”

“Having our space renovated in this manner is not only a great privilege and honor but also a great opportunity to serve our youth,” said Roland Knight, senior program director of the Joseph Miccio Community Center. Knight also talked about other programs

King played at Brooklyn’s Fort Hamilton High School, where he became known as one of the nation’s greatest basketball players. He went on to the University of Maryland, where he was eventually named as one of the Atlantic Coast Conference’s 50 greatest players of all time. He played for the Nets, then in New Jersey, from 1981 to 1987, and in 1982-83 averaged 17 points per game.

Good Shepherd Services operates more than 80 programs, which help nearly 30,000 youth and family members in struggling neighborhoods throughout New York City. Its mission is to create opportunities that help our participants succeed at school, at home, and in their community. 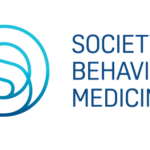 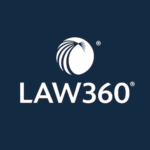 When it comes to home fitness, the biggest issue, at least for me, is how to stay motivated and develop a routine that can be […]

Luka Modric kissed the bald head of real Madrid‘s physical trainer, Antonio Pintusin celebration after the comeback against Manchester City. The midfielder was screaming the […]