New project in Derry aims to recycle bicycles in the area


A new recycling project is being launched in Derry, with the support of the local council.

The renovated bikes are then sold at affordable prices to encourage cycling as part of a healthy lifestyle and to help people get to work.

If the bikes cannot be restored to their poor condition, they are stripped down for recycling, which avoids the use of landfill sites, and any working parts are reused.

Monica Downey, who runs Life Cycles in the city, said she got the idea to restore the old bikes during the Covid-19 lockdown in 2020.

Life Cycles, which is part of the Zero Waste North West initiative, supports beginners and returners to everyday cycling.

Monica told MyDerry that the project is going from “strength to strength”.

She said: “People would have asked me quite a lot where they would be able to get a second-hand bike and I would point them in the right direction but then it occurred to me one day that there were loads of bikes that were being taken and dumped in landfill.

“I started to think about how I would be able to make a difference and that’s when I got in contact with Zero West North West. I knew that If I was going to make a change I wouldn’t be able to do it myself.

“We met with the local council and had discussions with them over Zoom, due to the pandemic, about getting old bikes redirected to the 4R’s Recycling in Pennyburn. It took a bit of time but eventually, they agreed that they’d do a pilot .

“It meant that anybody who was taking their bikes to the local dump, they would then be redirected next door to the 4R’s and from there it has gone from strength to strength.”

The scheme also ensures that those who want to have the restoration skills for their bikes can be trained up in the latest practical refurbishment and repairing skills.

“The feedback that we’ve been getting has been really good because people don’t want to throw their old bikes out. A lot of them have very good bikes and rather than get rid of them through landfills they’d rather give them to someone who is actually going to get good use of it.

“We make sure as well that the bike is going to the right person and we wanted to make sure that people have skills to be able to fix their bikes.

“We realized early on that a lot of people don’t know the basic bike repairs and we opened the hub up so that people could book a slot and come in and learn some of the basic skills that they’ll need to keep their bike in a good state. “

If you would like to see some of the bikes that the scheme has on offer, you can visit the Zero Waste North West shop on Spencer Road.

If you have a bike that you would like to get rid of then you can leave it at the 4R’s Recycling Center in Pennyburn or contact Monica on Life Cycles HERE for more information.

To get the latest breaking news from Co Derry straight to your inbox, sign up to our free newsletter. 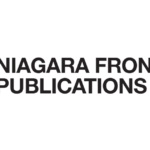 Does it Really Work? Crazy Bulk DBal Benefits, Side Effects, Dosage, Before and After Results

Ready to reach the pinnacle of physical fitness? D-Bal by CrazyBulk may help you get there!  If you’re like other fitness buffs, you probably spend […]

Biolife CBD Gummies can relieve you from the problem of obesity that has taken hold of you for quite some time. The quality gummies are […]

Are you searching for an honest ProDentim review for 2022? Looking for real customer reviews and reports? Currently, ProDentim is among the most widely talked […]

RichQuack Price Prediction – Will It Keep Pumping, Or Are These The Better Buys in 2022?

Despite the crypto industry experiencing a turbulent first half of the year, the second half has shown a glimpse of hope to crypto investors as […]