NordicTrack is now offering free fitness equipment with an extended four-year membership. This new program, called NordicTrack+, is one of the best deals ever offered by this Peloton rival. The $39 monthly membership can be paid month-to-month over four years, or for a one-time purchase of $1,872.

The NordicTrack+ deal is eligible for the following pieces of equipment:

This equipment was previously priced between $1,200 and $1,500. To get one for free with a long-term membership seems to be a great deal.

iFIT, the owner of NordicTrack, has been offering a similar program with their other brand ProForm over the past year.

I wrote an article on the differences between NordicTrack and ProForm Bikes last year, and in it I noted that the bike offered by the ProForm+ program was by far the best deal. Now, that same value is available with NordicTrack.

This is an especially good deal for those who already pay for an iFIT membership. If you are planning to stick with iFIT for the next four years, now you can essentially get a free addition to expand your home gym.

The difference between the price for NordicTrack+ and the regular pricing may be more significant than you think. If you buy the S22i Bike over the S15i (which is almost identical outside of a larger screen), you will end up paying $3,771 over four years. This is essentially 2X the cost.

Let us know what you think about the new NordicTrack+ program in the comments below! 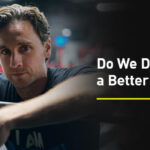 Previous Article Ep. #935: Do We Deserve a Better World? 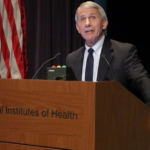 Liverpool boss Jurgen Klopp has confirmed Fabinho should be fit to face Real Madrid in the Champions League final. Klopp’s plans for a Parisian showdown […]