OAKLAND, Maine (WABI) – May is Stroke Awareness Month – a month dedicated to raising awareness of its signs and symptoms.

TV5 spoke with a woman from central Maine who credits her family for getting her critical treatment.

“I was incapacitated. I really didn’t know what was going on, ”said Christine Gifford of Oakland.

Gifford is one of the more than eight million stroke survivors worldwide. Just last year she was named a Survivor Ambassador for the American Heart Association.

The 54-year-old suffered two strokes in June 2017. She had arrived home after a Father’s Day dinner when she suddenly developed a severe headache and started vomiting.

“I had a ruptured brain aneurysm so that it resulted in a hemorrhagic stroke. I also had an ischemic stroke, ”she explained.

She credits her life partner, Lloyd, and the rest of her family for saving her life. She was sent to a local hospital and then taken by ambulance to Maine Medical Center in Portland.

“I was the sickest I’ve ever been in just a moment,” she said. “If I was alone I wouldn’t know what would happen and I wouldn’t be here today.”

Now, she is unable to do some of the things she loved to do.

Christine has double vision, imbalance, and dizziness, leaving her unable to drive or work.

“Four and a half years later, I have managed to basically cope with my lingering disabilities, and I think I’m in a good place.”

Fanjoy is an emergency medicine physician.

She says they see about 500 stroke patients every year.

What are the signs and symptoms of a stroke?

“Troubles with speech and comprehension. You can also have coordination, dizziness, or imbalance with impairment of a certain part of the brain that could be the sign of an acute stroke as well, ”she explained.

While strokes can occur at any age, doctors say at least 80% of them can be prevented with healthy lifestyle changes.

Ways to reduce your stroke risk include working closely with your primary care provider, monitoring your blood pressure, eating a healthy diet, and exercising regularly.

As far as stroke treatment, Fanjoy says that depends on how quickly a stroke victim can get to a hospital to be evaluated.

“This is a time sensitive medical emergency that people need to recognize that if they can get to the emergency department quickly, there is sometimes a significant treatment that we can provide that can result in a better outcome,” Fanjoy explained.

As for Christine, she is doing her best to live life to the fullest. She and Lloyd love to travel. They have even added a river cruise to their bucket list.

For other stroke survivors out there, Christine says it is important to embrace the person you have become.

“Adjusting to your new life is tough, but you have a new life. You can get through it. You can be happy and healthy, and you just adapt. It is wonderful to be here, ”Gifford said.

You can learn more about Stroke Support at Northern Light Health by visiting their website.

They offer an Online Stroke Support Group which will meet again on May 12th. 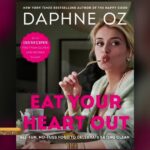 Previous Article Eat Your Heart Out 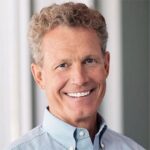 5 Habits For Your Mother s Health

Health is an essential parameter in life and often an overlooked factor in most of our lives. Especially in the case of women post having […]

Everything You Need To Know About Runfy Token, The Upcoming Cryptocurrency Crypto Analysts Believe Can Surpass Polkadot And Cosmos