Members of the Ogden Pub Runners take a group photo at Carlos & Harley in Eden, where they met before and after their run on Thursday, July 7, 2022.

Dean Armes, Special to the Standard-Examiner


Members of the Ogden Pub Runners take a group photo at Carlos & Harley in Eden, where they met before and after their run on Thursday, July 7, 2022.

Three core tenets of Ogden Pub Runners are exercise, socializing and beer — not necessarily in that order. At least not for me. From the first time I heard about the local meetup group in 2015, they had me at … pub. Make new friends drinking a bevvie at a different bar each week? Sign me up. But I’ve never been a runner, so I didn’t. It would take seven years, a pandemic and a motivational book to finally give it a go.

On Thursday, July 7, I picked up some comfy trail running shoes at GEAR: 30, “Ogden’s Mountain Shop,” grabbed a willing friend (also a newbie to OPR) and met up with the running group of beer-lovers at Carlos and Harley’s in Eden. We pulled up late, just as a group photo was snapped and runners dispersed up the road, and were greeted warmly by three of the group admins. They had a map of the route, tips and loads of encouragement. “Take your time,” they said. We could also walk if we wanted, or head straight into the cantina for drinks and wait for the others. My kind of people.

My friend and I took it in micro-doses. Run for a minute, walk for two…or five, or 10. We lost count. We had fun. And we made it… last, but arriving in due time for tacos, margaritas and making new friends.

I’d recently read about habit stacking in the book “Atomic Habits” by James Clear, a strategy that involves pairing a new habit with an established habit. I needed to employ this method to get back to my pre-COVID form, and Ogden Pub Runners does this brilliantly. They run a 5K every Thursday (my new habit) and then socialize at the bar (my existing habit).

Its effectiveness is well-proven. Ogden Pub Runners hadn’t missed a single Thursday in seven years until COVID 2020. It grew steadily over the years, reaching up to 70-80 runners.

“It was a good way for me to get out and run, which I love to do, hang out with friends and have a beer,” says Ogden native Kase Johnstun, who started Ogden Pub Runners with his brother in 2013. He’d was part of a similar pub runners group in Washington before moving back to his hometown. Having kids made habit-grouping all the more convenient; it meant fewer babysitters and more time at home with a weekly event that pairs brews, socializing and a good run all in one night.

A nonprofit, OPR also gives back to the community. They only choose locally owned restaurants and bars for their meetups. Places like Roosters B Street, The Yes Hell, Lighthouse Lounge and Funk ‘n Dive are regular spots. Revenue from T-shirt sales and the annual end-of-year pub crawl (the one night a year they don’t run) is donated to other local organizations such as the GOAL Foundation to support their kids’ hiking program or Trails Foundation of Northern Utah.

Ogden Pub Runners meets every Thursday at 6:30 pm for a 3 mile run. Follow the Facebook page (@OgdenPubRunners) for weekly locations and details. 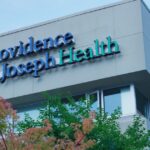 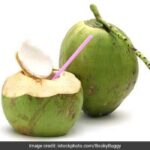 This study is one of the most detailed and accurate ones, focusing solely on the global Sports and Fitness Nutrition Supplements Consumption market. It sheds […]