Oscar Health’s first full-service technology deal has ended before it really got off the ground.

Health First Shared Services, a Florida-based not-for-profit integrated provider and insurer, “has indicated that it intends to terminate the agreement and transition the services from +Oscar to HF, effective as early as January 1, 2023,” Oscar Health disclosed in a Securities and Exchange Commission filing Tuesday.

Health First represented the first customer to completely and publicly buy in to Oscar Health’s technology services. The insurtech had aimed to ink two such technology deals each year.

Oscar Health’s deal with the insurer was expected to generate $60 million in revenue in 2022, the filing said. Terminating the agreement will not have a material impact on the company’s net loss and adjusted earnings before income, taxes, depreciation and amortization in 2022, according to the filing.

Oscar Health and Health First did not immediately respond to interview requests.

The services were set to go live at the beginning of the year but during a second-quarter earnings call earlier this month, Oscar Health CEO Mario Schlosser said the company was addressing “post-launch challenges that we are experiencing due to the complexity of a comprehensive integration at this scale.”

During that call, Schlosser listed the challenges as one reason for pausing similar, full-service technology deals for the next 18 months. Schlosser also said the company would hold off on similar deals to focus on achieving profitability in its insurance arm by next year.

“We certainly remain committed to the Plus Oscar business,” Schlosser said during the call.

Oscar Health reported a net loss of $112.1 million on revenues of $1 billion during the second quarter. 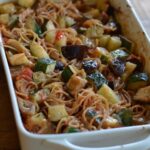 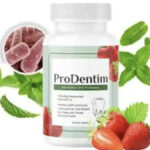 Next Article (Shocking Side Effects) Prodentim Review SCAM You Need To Read First!

Doug Lambrecht was among the first of the nearly 1 million Americans to die from COVID-19. His demographic profile – an older white male with […]