The healthcare system is at the center of a wave of anti-transgender politics that is limiting access to certain gender-affirming treatments, criminalizing providers and ostracizing patients.

Clinics that specialize in gender-affirming services have historically been the main sources of support for LGBTQ patients amid shifting laws and public opinion. As demand for LGBTQ-inclusive health services has increased in recent years, major institutions have expanded the care they provide to this population.

Now, many smaller providers are looking to those institutions and major industry organizations to push back against limits to gender-affirming care and to lead the healthcare system towards a standard of LGBTQ inclusivity.

Big hospitals tend to set precedents for clinical practice and wield the power to influence federal, state and local officials making laws that limit care for LGBTQ patients, said Ana Marson, director of health and wellness at LGBTQ Center Orange County in Santa Ana, California. The large hospitals that scale back this kind of care sends the opposite message while depriving patients, she said.

“It would be very detrimental for hospitals to turn around and say, ‘We cannot provide the services that you need, whether that is hormone replacement therapy, consultation for surgery or even mental healthcare,'” Marson said.

Remaining complacent or turning away from the issue will also make it difficult for hospitals and other providers to recruit doctors who specialize in gender-affirming care, said Jessica Halem, senior director of the Eidos LGBTQ+ Health Initiative at the University of Pennsylvania.

“I have watched politicians use trans and non-binary and LGBTQ people to gain political favors. I’ve watched it over my lifetime, come and go,” she said. “What I am more concerned about are medical institutions dedicated to the public good ignoring the science, ignoring the evidence, ignoring the faculty and staff that they so lovingly recruited and trained, and turning their backs on them.”

Hospitals and other providers that offer gender-affirming care to minors have become subject to a barrage of new laws and violent threats that are causing them to temporarily shut down clinics, cut services and increase security.

Clinicians are being criminalized and targeted with death threats, at times limiting patients and their families to virtual care. Outside of healthcare, LGBTQ people are also navigating a series of laws policing where they can use bathrooms and what sports team they may join, which has negative consequences for their mental health.

“We’re seeing these threats to LGBTQ access to social institutions and to healthcare at the local level, and it has created a patchwork of both tolerance and ability to access care at the local level,” said Lindsey Dawson, associate director of HIV policy. and director of LGBTQ health policy at the Kaiser Family Foundation. “Providers who want to provide these services are stuck between a rock and a hard place.”

Boston Children’s Hospital has faced harassment, including a bomb threat, for weeks. The hospital had to initiate a lockdown and substantially increase security for patients and clinicians receiving death threats, which disrupted care. This followed the conservative “Libs of TikTok” Twitter account posting a video of a physician talking about gender-affirming hysterectomies. “Libs of TikTok,” which has 1.4 million followers, contended the hospital was performing these surgeries on minors—a claim Boston Children’s Hospital denies.

Others, including Boston Children’s and Penn State Health Milton S. Hershey Medical Center in Hershey, Pennsylvania, have updated their websites to provide more detail about their services and the science that backs them up. But a handful of hospitals have responded to new laws or political pressure by scaling back their transgender care offerings.

Among teenagers, gender-affirming treatment decreases the rate of mental health problems in transgender and gender-diverse youth and improves quality of life, according to the Health and Human Services Department. Gender-affirming surgeries are rare among minors.

Recently enacted state laws jeopardize access to care to an estimated 58,000 transgender minors in 15 states, according to a report by the University of California, Los Angeles School of Law. Republican officials in various states have attempted to ban some gender-affirming care for minors, including puberty blockers, hormone therapy, and surgeries, and to criminalize providing these treatments.

For example, Alabama enacted a law this year that designated providing minors with puberty blockers, hormone therapy or gender-affirming surgeries as a felony. In Arkansas, providers are prohibited from making referrals to clinicians in other states that offer gender-affirming care.

The laws, which face judicial scrutiny to determine their legality under federal nondiscrimination regulations, cut off services that are already difficult to come by due to a lack of providers and inadequate insurance coverage.

In response, the American Academy of Pediatrics, the American Medical Association and the Children’s Hospital Association sent a joint letter to Attorney General Merrick Garland this month requesting an investigation into the escalating number of threats against hospitals, clinicians and patients.

Meeting the demand for gender-affirming care is a task that typically falls to LGBTQ clinics because patients feel more comfortable with openly affirming providers and have had poor experiences elsewhere, said Dr. Katherine Williams, a physician at Summa Health’s Pride Clinic in Akron, Ohio. But as demand rises, laws that limit access to gender-affirming care will overwhelm these clinics.

“We are bursting at the seams,” Williams said. “Our patient census is getting close to 1,500 at this point, and it just keeps getting larger and larger, because as we are growing, the patient population is growing with us.”

In Colorado, Denver Health LGBTQ+ Health Services had 850 new LGBTQ patients access its services in 2021, according to the health system. This year, the health system’s clinic is set to treat more than 1,000 patients.

To combat the latest wave of threats, clinics have been collaborating with organizations that provide gender-affirming care to share information about the sources of political resistance and violent threats and how to coordinate public responses, said Tracy Scott, administrative director of LGBTQ+ Health Services at Denver Health. This allows smaller facilities to support one another and continue providing care.

These providers are also increasingly reaching out to LGBTQ-focused clinics for cultural competency training and to clear up misinformation about the medical needs of the LGBTQ community, Marson said.

In addition, more than 1,100 clinicians that offer gender-affirming care, including some in states where certain services are unlawful or in jeopardy, have launched an LGBTQ+ Healthcare Directory through the Tegan and Sara Foundation, the LGBTQ medical society GLMA, and Cigna that helps patients find care such as voice and hormone therapy, mental health, and gender-affirming surgery.

“We’re making sure that our services remain available and [we’re] explicit with patients and the community that ‘We are here. We will stay here,’” Scott said. “Gender-affirming services and access to healthcare for LGBTQ+ communities is lifesaving, so we’re not going anywhere.” 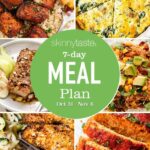 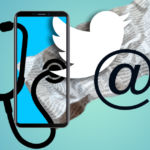 Fawn Lopez to retire as publisher of Modern Healthcare

Federal health officials said Sunday that kid-sized doses of Pfizer’s COVID-19 vaccines appear to be safe and effective for kids under 5, a key step […]

Dialysis providers will receive a 3.1% pay increase from the Centers for Medicare and Medicaid Services in 2023, the agency announced in a final rule […]