It’s common knowledge Cristiano Ronaldo is strict about his diet and exercise, but there are other reasons why the famous footballer doesn’t drink alcohol.

It’s unsurprising that the Portuguese professional footballer – who is widely regarded as one of the best player’s in the world – doesn’t drink alcohol and maintains a very healthy lifestyle.

However, other than swearing off alcohol in order to excel as a sportsman, a couple of other reasons are said to lie behind the 37-year-old’s decision not to get on the booze.

Ronaldo grew up with his mother, Maria Dolores dos Santos, who was a cook, and his father, José Dinis Aveiro, a gardener.

His father introduced Ronaldo to football, however he only got to see his son’s sporting achievements up until Ronaldo was the age of 20.

Ronaldo’s father died in 2005 at the age of 52 as a result of liver failure from alcoholism, and it’s said this is why the footballer has sworn off the stuff completely.

He said: “But I really don’t know my father 100 percent. He was a drunk person. I never spoke with him, like a normal conversation. It was hard.”

His mother, Dolores dos Santos, also opened up about the difficulties of living with an alcoholic.

“He was drunk almost every day. I never really knew him well. I would have liked him to have been around more.

“Although he never mistreated his children, I became his victim,” she said.

Ronaldo’s sobriety could also be down to his heart condition.

At the age of 15, the football player was diagnosed with Tachycardia – a condition that causes ones heart to race even when resting, and causes an irregular heartbeat.

The sportsman underwent an operation where ‘they used a sort of laser to cauterise the source of the problem,’ according to his mother.

There were fears that if the operation did not go well, Ronaldo’s future career in football could be jeopardized. However, his mother revealed he was ‘operated on in the morning and came out at the end of the afternoon’ and was even back to training just days after.

His mother said: “Cristiano wasn’t very worried – he didn’t take the situation very seriously – but I got a big fright. It seems the treatment allowed him to run even faster!”

If you want to discuss any issues relating to alcohol in confidence, contact Drinkline on 0300 123 1110, 9 am–8pm weekdays and 11 am–4pm weekends for advice and support 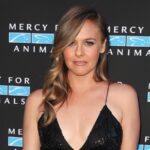 Next Article ‘My Little Guy Is A Grown Up’

Amsterdam, Netherlands, May 12, 2022, ZEXPRWIRE, EVERun team is very pleased to announce the launch of its “Move To Earn” platform, created on Binance Smart […]

Podcast host Dame Deborah James has now raised over £ 5million in donations for her fundraising initiative, the Bowelbabe Fund. The mum-of-two – who was […]

Within the cryptocurrency industry, it has become evident that if crypto regulars, such as traders and investors, desire to stay afloat amid the ongoing bear […]

More than 200 students of Bhagwan Mahavir University participated in the drive, along with the popular RJ and anchor. Surat: Surat’s popular Radio Jockey and […]