First, temperatures were in the low 50s early Saturday morning, which may have dissuaded some parents from bringing their children. Also, the event was going on at the same time as the Indianapolis Mini Marathon.

Finally, the Elementary School Fitness Run, Walk and Roll is still trying to gain back the momentum it lost after the 2020 event was canceled because of COVID and last year’s event was conducted under COVID restrictions, which included social distancing for participants and masks for spectators .

“The other thing that hurt us too is, April is a five-Saturday month, and normally, our event would be the second Saturday in May,” race director Randy Stafford said. “We always follow the last Saturday of Parks and Rec soccer, and we were going up against that this year. We ended up competing with the Indianapolis mini marathon this year. We have a number of parents who went up to run the mini-marathon and were not able to bring their kids. We competed with a number of events that we typically don’t have this year. ”

Still, this year’s Elementary School Fitness Run, Walk and Roll featured about 190 kids, down a little from the 280 last year and the 600 to 800 that had been participating prior to 2020.

“Fewer kids than we had hoped for, but it was a little cool and a little overcast, and they were predicting rain,” Stafford said. “It just wasn’t conducive to people going, ‘Yeah, let’s go.’ It’s the smallest in awhile. We’re getting people used to, ‘This is an event again.’ We did have a bunch of kids sign up there (on Saturday morning), but we had some people who had signed up that weren’t there. ”

The fifth- and sixth-grade boys and girls were combined into one race. They were timed, along with the third- and fourth-graders.

All the Kindergartners and Pre-K kids who finished received ribbons, and the top five first- and second-grade boys and girls won ribbons. Pre-K kids started about three minutes after the Kindergartners, and those two groups were running at the same time, albeit with a little bit of separation.

“The difference between a 5-year-old and a 2-year-old is immense, so we tried to get them some separation so we didn’t have any kids getting run over,” Stafford said.

“I’m hoping that energizes Parkside a little bit more,” Stafford said. “I’m hoping we can get them re-engaged. For quite awhile, Parkside and Schmitt and Southside kind of competed against each other and pushed each other. We’re trying to get some of those going again. It’s getting our feet back in the schools. ”

The Columbus Running Club, which puts on the Elementary School Fitness Run, Walk and Roll, conducts a similar event in the fall. The Kids Fun Run, which is held the day before the Mill Race Marathon, mini marathon and 5K in late September, is held at Mill Race Park, although it is in metric distances.

“We have some things that we’re working on for the Kids Fun Run for the marathon, that if they’re successful, we’ll roll those over for the spring race, as well,” Stafford said. 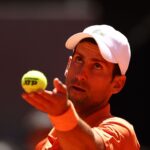 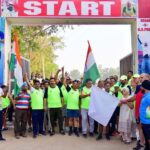 Currently, there are no known effective treatments to prevent or stop the progression of Alzheimer’s, a progressive brain disorder that slowly destroys memory and thinking […]