Shipra Neeraj Talks About Her Immense Success In The QNET Sector


Shipra Neeraj is one of the well-known personalities in the QNET sector. Her path to success has been full of extreme highs and lows. Shipra has an intriguing career path that took her from owning her boutique to working for renowned Indian fashion house Satya Paul. But after getting married, her life transformed, and she learned about QNET.

Shipra’s passion and enthusiasm are two of her best traits. She quickly became an expert in direct selling because of her passion for developing and learning new things. Shipra Neeraj’s determination made her one of the most reliable and prosperous people in the QNET industry.

Shipra began her professional career after she and her spouse moved to Bangalore and joined Infosys. She opened her clothing store called Darpan after they were forced to move to a different city. She worked with Satya Paul, a well-known Indian design name, after experiencing success with her apparel business for seven years.

Shipra Neeraj was oblivious that she was approaching the most significant career opportunity. Her introduction to the $182 billion worldwide direct selling market, which was already a billion-dollar enterprise in India, came from a friend. She started with an inquisitive attitude after being intrigued by the items offered by QNet, the top direct selling organization in Asia.

Shipra is very content in her professional life. About her journey and current career phase, she shares, “Today, I can proudly say that my business is so successful and self-sufficient that I can retire if I choose to. Yet I am not close to retirement because I have barely started. Money now is not my driving factor. There’s beyond money which now has been my utmost priority. My experience as an entrepreneur in the direct selling industry has opened my mind to the abundance mindset. I strongly believe in giving back and giving freely. I focus on building people and empowering them to change their lives. “Give so much that you never have the scarcity of not being able to give” has now been my motto in life.” 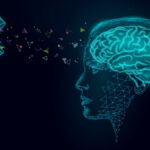 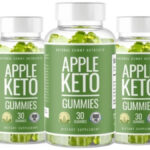 Healthy hearing is possibly one of the most important factors of a healthy lifestyle. Ears come among the 5 necessary sense organs, and that’s why […]