Based on our conversation with Ajeet Gunwant Parse, he strongly feels social media is highly dominated by political agendas in the 21st century. Most of the time, political parties are seen either propagating their ideologies or circulating information about various incidents.

Ajeet Gunwant Parse goes on to elaborate how the use of social media for propaganda purposes can induce instability and atrocity in the general public’s eyes, and this can further divide the public who differ on political grounds. According to Ajeet Gunwant Parse, social media has enormous reach which is true, there are around 300 million new photos published to Facebook every day, while 6,000 Tweets are generated every second. 1 Weekly views on the most popular YouTube channels exceed 14 billion, rather than using social media to educate the general public, political parties only use social media for their own agenda.

When discussing the drawbacks of social media, Ajeet Gunwant Parse also emphasizes on how social media can also be a great help during times of crisis, an example of the same is COVID-19. Social media and its community really helped in amplifying the situation and need for some assistance during the catastrophe. People who didn’t know each other joined hands in helping and providing aid, that’s the good side of social media as well, if used properly for the right purpose.

Ajeet Gunwant Parse concluded by saying that its in the hand of the social media user how they want to utilize the platform and how they wish to consume content, but as a social media expert, he strongly recommends double checking the information one is receiving for their own good. 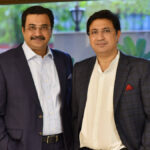 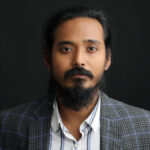 Next Article The Innovative CEO Of An Automotive Cyber Security Company

In the pandemic and lockdown days, it was stated by a significant number of people that they gained weight when they were confined inside their […]

Do you want to get the finest heating product for the chilly season? Considering winter a frigid period, several people in the United Kingdom and […]

Gut Go Reviews – Is GutGo Supplement Worth The Money To Buy

How do you deal with social anxiety?

When meeting new people, speaking in front of a group, or taking an important test, most people feel nervous or uncomfortable. This is completely normal […]