The GameFi sector of crypto has been rapidly taking over the traditional gaming industry since the rise of Axie Infinity in 2021. This unique gaming model attracts players by allowing them to earn passive income while having fun with their favorite games. GameFi represents what is known as Play-to-Earn (P2E) blockchain games that provide economic incentives to players through utilizing cryptocurrencies (NFTs) and blockchain technology to create a next-generation virtual gaming experience.

In doing so, gamers can earn in-game rewards by completing missions, fighting other players and advancing through the different game levels. As part of this process, they can also convert their in-game assets into fiat money on various crypto exchanges and NFT marketplaces. Although each GameFi project adopts its own mode of playing and the in-game economy, one feature remains untouched across all blockchain games: in-game items can be exchanged for fiat money and thus provide players with a source of income. Today’s editorial will consider the first-ever AAA* blockchain game Star Atlas and an up-and-coming Moshnake classic nostalgia. Let’s dig in.

Although quite a few crypto games, most notably Axie Infinity, have used the Ethereum blockchain to build their in-game economy, recently, a new trend began to occur. Star Atlas, the most anticipated blockchain game, instead of siding with Ethereum, went for its alleged killer, also known as Solana blockchain. One of the reasons the crypto flock can’t get enough of this game is because it is not just a simple outer space strategy but a completely immersive experience, similar to No Man’s Sky, a hit game on PlayStation, but with the ability to earn money.

One has to understand that this is a massive improvement for crypto gaming, as before, most of the blockchain features were quite simplistic in their gaming capacity. Even Axie Infinity felt limited in terms of world-building, but this is not the case for the Star Atlas. However, this game is unique not only because of its next-level graphics, exciting plot and gaming opportunities but rather because of the blockchain it uses.

Solana is well known to be one of the fastest blockchains on the market, which also has meagre transaction fees and is super sustainable. Needless to say, to process one block, the Solana blockchain uses less energy than a single google search! This is why many believe Solana could become the foundation for crypto gaming to flourish on a large scale because of its low carbon footprint. And while it will take a couple of years for Star Atlas to be fully completed, right now, you can try playing the demo version, which we very much urge you to do.

Moshnake: Nostalgia Game That Has It All

Unlike Star Atlas, Moshnake follows a different trajectory by capitalizing on different strengths. Namely, just like the classic Nokia version, this game is super accessible and requires very little from the players to enjoy. Centered around the idea of ​​battle royale, players compete against each other by rising in the ranks through various tournaments.

In order to enter the game, players must do two things: purchase an NFT through an MSH token, essentially an avatar for your snake, and a VEN token, which you have to deposit before entering the arena. The MSH token can also be used for governance purposes if involvement in the Moshnake DAO is what you desire, while VEN is the go-to in-game currency.

On top of that, since this game is created on the Binance Smart Chain, which is widely known to be another cheap and fast alternative to Solana and Ethereum, the game development, along with NFT minting, should feel like a smooth sale. And while it is not as sustainable as its Solana counterpart, the Moshnake game would require way less computational power than Star Atlas. Overall, Moshnake looks like a cool community driven game where the Moshnake DAO will power the development of this nostalgic classic feature for many years to come. 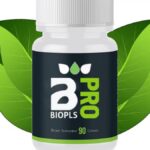 Previous Article Don’t Spend A Dime Before You Read This! 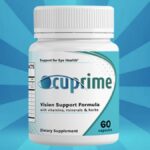 Secret Tricks for Getting a Fitter Body After 50, Says Fitness Expert — Eat This Not That

Let’s face the facts: Getting a fitter body after 50 will require hard work and dedication—especially if you haven’t been as active as you were […]

Regardless of the slump that has engulfed the crypto market since the beginning of the financial year, some options are promising high returns for crypto […]