A federal effort to support access to emergency abortions met its first legal challenge Thursday when Texas challenged the policy in court.

The Health and Human Services Department asserted in a guidance issued Monday that federal law requires hospitals to provide abortions to patients who need one to preserve their lives or health under the rule that hospitals must screen and stabilize anyone who needs immediate care, or to transfer them to appropriate facilities. The Emergency Medical Treatment and Labor Act of 1986 supersedes state laws limiting or prohibiting abortions, according to President Joe Biden’s administration.

Texas Attorney General Ken Paxton (R) sued HHS Thursday in a complaint that describes the guidance as an “abortion mandate” and asks the US District Court for the Northern District of Texas to set it aside.

Texas argues that the guidance infringes on its authority to restrict abortion access and that EMTALA does not guarantee access to abortion.

“President Biden is flagrantly disregarding the legislative and democratic process—and flouting the Supreme Court’s ruling before the ink is dry—by having his appointed bureaucrats mandate that hospitals and emergency medicine physicians must perform abortions,” the complaint says. EMTALA “does not authorize—and has never authorized—the federal government to compel healthcare providers to perform abortions.”

The White House press secretary Karine Jean-Pierre slammed the lawsuit. “This is yet another example of an extreme and radical Republican elected official. It is unthinkable that this public official would sue to block women from receiving life-saving care in emergency rooms, a right protected under US law,” Jean-Pierre said in a news release.

HHS did not formulate any new federal policies in its recent guidance. The administration issued the guidance to clarify its views on what existing law requires and to assert that EMTALA obliges hospitals and their physicians to provide stabilizing care, including abortions, if such procedures are medically necessary. Furthermore, EMTALA preempts state statutes and federal law protect physicians’ clinical judgements, the guidance says.

Texas is one of at least nine states to ban abortion since the Supreme Court overturned federal abortion protections last month. The state’s ban does carve out exceptions for abortions when the pregnant person’s life or health is in substantial danger. 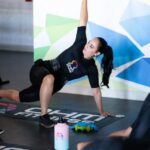 Diverted ambulances. Cancer treatment delayed. Electronic health records offline. These are just some of the ripple effects of an apparent cyberattack on a major nonprofit […]

North Carolina Republican legislative leaders said Wednesday that they’re shutting down the idea of ​​Medicaid expansion to 2023, rather than attempting to negotiate a bill […]

US health secretary tests positive for COVID on Germany trip

President Joe Biden’s top health official tested positive for COVID-19 on Wednesday, the latest member of his Cabinet to be infected with the virus. US […]

COVID coverage for all dries up even as hospital costs rise

For the first time, the US came close to providing healthcare for all during the coronavirus pandemic – but for just one condition, COVID-19. Now, […]