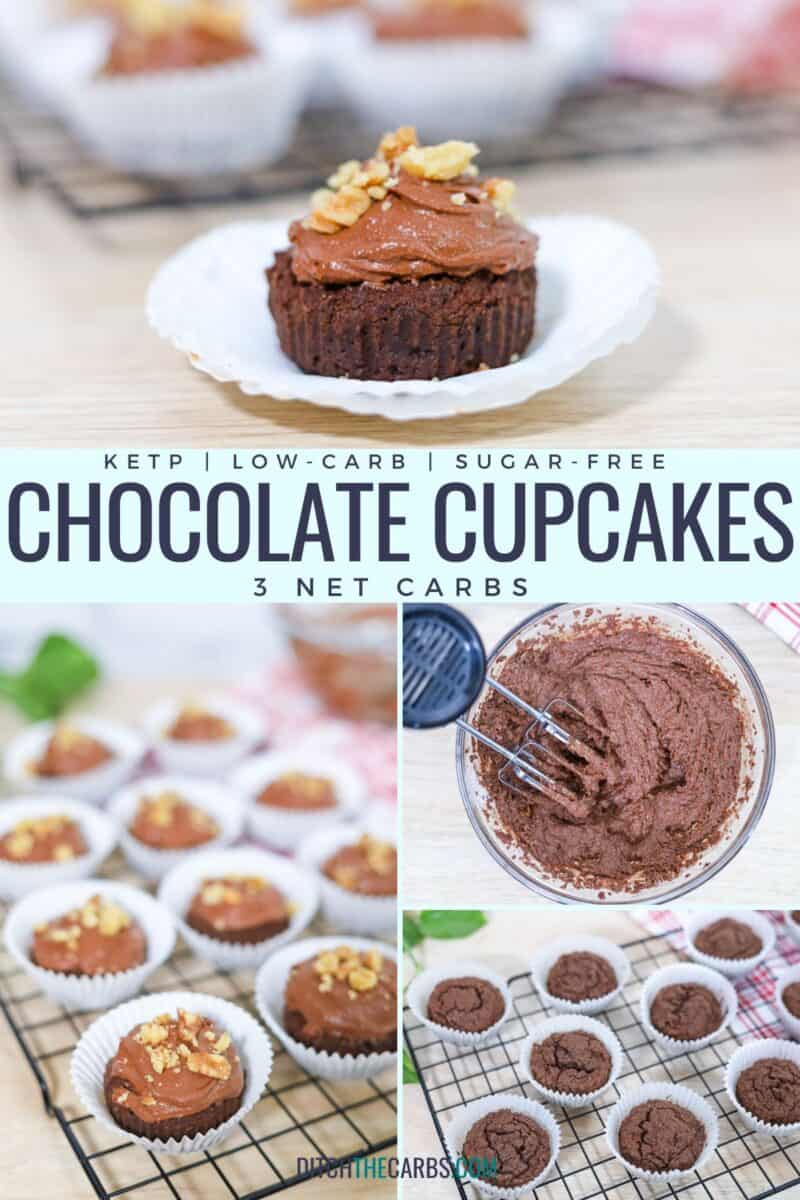 This is the EASIEST keto chocolate cupcakes recipe you’ll ever find. You only need a few simple ingredients and it only takes 10 minutes to prepare this quick one-bowl recipe.

Moist keto almond flour cupcakes are naturally gluten-free, sugar-free, and with only 3g net carbs are perfect for the diabetic diet. All covered in the most delicious smooth and creamy keto chocolate frosting.

Part of living the low-carb or keto lifestyle is that you want to slowly give up most of your sweet baking but it is nice to have low-carb cupcakes as a healthy alternative.

These keto chocolate cupcakes are perfect to stop a sugar craving or chocolate craving with perfect portion control. You need to put this at the top of your list of favorite keto desserts!

What are keto cupcakes made of?

The most common ingredients in keto baking and low-carb baking are some type of low-carb flour (usually almond flour or coconut flour) instead of wheat flour, a sugar-free sweetener instead of sugar, eggs, and baking powder to help the cake rise.

Almond flour makes beautiful moist keto chocolate cupcakes. You don’t need protein powders or xanthan gum. In fact, you don’t need coconut flour or baking soda either! Here’s a bit more information about what I used to make one of my favorite keto recipes.

See the keto cupcakes recipe card below for ingredient quantities.

Which is the best keto sweetener?

The best sweetener for the keto diet is one that tastes like regular table sugar but won’t raise your blood sugar.

The most commonly used keto sweetener are granulated erythritol, powdered erythritol (for smooth recipes such as frosting, cheesecakes, and cookies), monk fruit, stevia, allulose, xylitol, and some sugar alcohols.

I would avoid pure stevia powder as it is too easy to add too much which can make your cupcake recipe bitter tasting.

Here’s how to make the best keto chocolate cupcakes ever using my quick and easy one-bowl recipe.

In a large mixing bowl (that’s microwave safe), melt the butter and sweetener in the microwave for 20 seconds to soften. Depending on the power of your microwave you may need to microwave for a further 10-15 seconds.

Add the eggs one at a time and mix it all together using an electric hand mixer beat butter, sweetener, vanilla, and eggs until pale and fluffy.

Using the hand mixer, mix until you create a smooth chocolate cupcake batter.

Pour the batter into your prepared muffin tins and press gently, smoothing out the top with the back of a spoon.

I prefer to use cupcake liners but you can also use silicon cupcake cases or cut our pieces of baking parchment paper.

A toothpick inserted into the center of each cupcake will show you if they are cooked properly and comes out clean.

Let the cupcakes cool completely on a wire cooling rack to room temperature before you add the sugar-free frosting.

How to frost cupcakes with a spoon

Using two small teaspoons, scoop some frosting with one spoon and place it onto the top of your cupcake, scraping it off with your second spoon.

Use the back of the teaspoon to smooth it over the top then press very gently in the middle then lift the spoon off to create a little peak.

How to frost cupcakes with a piping bag

If you have always wondered how to frost cupcakes with a piping bag, it’s super easy with my secret kitchen tip.

Fold the piping bag down to get all the frosting to reach the nozzle, open the bag again and spoon more frosting into your piping bag.

How to frost cupcakes without a piping bag?

If you don’t have a piping bag you can use a large ziplock bag with a small corner cut with kitchen scissors in the corner.

Follow the same instructions as above and fill the Ziplock bag then gently squeeze the frosting over the top of your cupcakes, cakes, or cookies.

Are certain ingredients stopping you from making these chocolate keto cupcakes? Below you will find recommendations for common substitutions.

I suggest only making ONE substitution otherwise you are developing an entirely new keto cupcake recipe.

The above substitutions are great alternatives to will keep your classic chocolate cupcakes keto, low-carb, and gluten-free.

Kick your keto cupcake recipe up a notch with these tasty recommendations below. Make your almond flour cupcakes caffeinated, with bits of nuts, or minty!

If you want to make different size cupcakes, you can pour your keto chocolate batter into a mini muffin tin (mini cupcake tin) or a large muffin pan.

Cooking times will have to be adjusted.

Cooked keto chocolate cupcakes should be stored in the fridge in an air-tight container for up to 4 days. This dessert cuisine needs to be refrigerated, especially because of the chocolate cream cheese frosting.

Cooled cupcakes can be frozen in an airtight container for up to 3 months. It’s best to freeze without the frosting. Once defrosted, serve with whipped cream instead.

How many carbs are in keto cupcakes?

These tasty delicious keto cupcakes have only 3g of net carbs. If you want to add keto frosting, that is an additional 1g net carbs. Regular classic chocolate cupcakes can have 28g – 63g of net carbs and are made with sugar and wheat flour.

Don’t buy gluten-free baking mixes or gluten-free goods as these are generally high in starch, highly processed and incredibly high in carbs. They are stripped of any nutrition then fortified. Gluten-free products are mainly based on rice flour, potato flour or tapioca starch.

Gluten-free products are a billion-dollar industry. It is so much cheaper and easier to just go grain-free, and it is far more nutritious.

What makes a cupcake moist?

If you enjoy a moist chocolate cupcake, then simply avoid overmixing it. The secret to a moist cupcake is to create air bubbles in the batter that expand while it bakes. When you mix it too much, you run the risk of popping the air bubbles and creating a dryer cake.

Why is my cupcake batter is dry?

Almond flour cupcake batter can be dry if your almond flour has dried out n your kitchen. Add 1 or 2 tablespoons of heavy cream, sour cream, almond milk, or coconut cream to the batter.

Can you freeze keto chocolate cupcakes?

They can be frozen for up to 3 months. To defrost keto the cup cakes, remove as many as you need and leave them covered on the kitchen countertop for 1 or 2 hours. Serve with whipped cream with cocoa powder for an extra chocolate flavor.

No, most commercial gluten-free cupcakes are made with potato starch, tapioca starch, or another high-carb gluten-free flour. Keto recipes that use almond flour or coconut flour are naturally gluten-free and are keto friendly too.

Can I swap almond flour for coconut flour?

But it’s easier to use a coconut flour cupcake recipe instead that has been developed using coconut flour. (see below)

How many calories are in keto cupcakes?

There are 187 calories in these chocolate keto cupcakes, and low in carbs so perfect for the low-carb keto diet, diabetic diet, gluten-free diet and wholefood diet. They are packed with chocolate flavor but without added sugar or flour. The recipe notes show the full nutrition serving facts.

These are one of my favorite healthy recipes because they have a really rich chocolatey flavor and minimal amounts of carbs.

They are the perfect way to portion control your low-carb dessert. 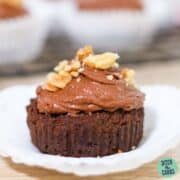 Prevent your screen from going dark

* Percent Daily Values are based on a 2000 calorie diet.

Approximate nutrition information is provided for convenience and as a courtesy only. For the most accurate nutritional data, use the actual ingredients and brands you used in your preferred nutrition calculator.

If you want a healthy family dessert recipe instead, these keto chocolate cake recipes and desserts are ones the whole family will love. 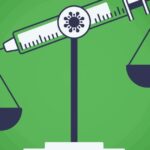 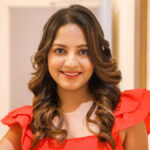 Don’t waste your leftover chicken! Simply place the bones and carcass in the crockpot with water, spices, and some veggies and make your own stock. […]

The Best Pulled Pork in a Crock Pot! ⋆ 100 Days of Real Food