Tiny Robots Could Someday Brush, Floss Your Teeth for You

Your twice-daily brushing and flossing routine could someday be automated using tiny microrobots that scrub your teeth for a customized clean, thanks to new research from the University of Pennsylvania.

Scientists used magnetic fields to assemble nanoparticles into tiny, brush-like robotic structures that precisely remove biofilms, a network of germs and other sticky substances, from the surfaces of teeth. They describe their results in a paper published in the journal ACS Nano .

The microrobots feature bristles that can extend, retract, change shape, and move horizontally, vertically, and in circles. The bristles can adapt to each person’s tooth alignment and get into hard-to-reach spaces.

“It could be perfectly aligned teeth or misaligned teeth,” says study author Hyun (Michel) Koo, DDS, founding director at the Center for Innovation & Precision Dentistry at the University of Pennsylvania. “It will work in either case because they can adapt to different surfaces, different nooks and crannies.”

While they scrub your teeth, these bristles can also help to kill germs. That’s because they’re made from “iron oxide nanoparticles,” which can activate hydrogen peroxide to help kill bacteria and degrade biofilms. Another benefit: These nanoparticles are cheaper and more plentiful than many materials used in nanotechnology, like gold and platinum.

When Will Tiny Teeth-Brushing Robots Be Available to You?

The team is packaging the technology into a consumer-friendly prototype, which they hope to have ready within a year. But they will likely need a few more years of testing before the robots are ready for commercial use.

Once fully developed, this technology could be a game changer for people with disabilities, older populations, or anyone who lacks the manual ability to take good care of their oral health, says Koo. These populations will likely be the first to try out the device, then others will follow.

“We started with persons with disabilities or an older geriatric population, but I think at the end of the day, we want this to become available for everyone,” says Koo.

This innovation could change the entire oral care industry, he notes.

“The whole technology of dental plaque control has not been disrupted for, say, centuries,” Koo says. “I mean, essentially, you have a bristle-on-a-stick concept, which has been used since early millennia, you know, and it’s not very effective, right? To the point that you have to actually floss and rinse to make make sure that you have effective plaque control. We want to disrupt that. We want to have something that is user-friendly, plug and play.”

Dental floss has been around for a couple hundred years, but only about a third of Americans floss daily, according to the CDC. Any plaque left behind after brushing and flossing puts your mouth at risk.

“Dental plaque is the source of a number of oral diseases, from tooth decay to gum diseases,” says Koo.

With a precise, effective way to control oral disease, we can protect our overall health, he says. Indeed: Gum disease is linked to heart disease and diabetes.

“Bacteria found in the oral cavity are associated with Alzheimer’s,” Koo says. “So there’s a lot of connection between oral and general health.” 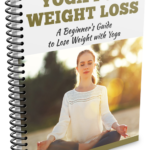 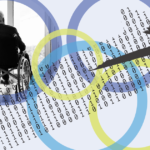 It’s time to close those rings again! Today, Apple is celebrating National Fitness Day in China with its annual Apple Watch Activity Challenge. So, if […]