Tommy Fury denies fitness rumours over Jake Paul fight: ‘I was ready and raring to go’


The light heavyweight attempted to dispel any rumors.

Tommy Fury has insisted that the reason his fight with Jake Paul fell through was due to visa problems.

Fury was due to fight on August 6 with the American YouTuber and professional fighter. The bout was rearranged from a December 2021 date, when the Briton dropped out as a result of a chest infection and broken rib.

While Paul disputed the veracity of those claims, he set up a summer fight for 2022 but the planned event collapsed when Fury was refused entry to the United States as he attempted to attend a June press conference.

John Fury, Tommy’s father and trainer, had suggested that his son was not in peak physical condition when he agreed to the fight, leading to speculation that the unbeaten light heavyweight pulled out due to fitness concerns. Speaking on social media, the younger Fury rejected such claims.

The reason I am not fighting Jake Paul on August 6th in America is because I WAS NOT ALLOWED IN THE COUNTRY.

Anything else said on social media is FALSE. pic.twitter.com/ceBEpXHivf

“Recently on social media, I’ve seen more s— on me than ever,” he stated.

“I just want to get one thing straight that the reason this fight didn’t take place is because I couldn’t get in the country. It’s not because I wasn’t training or I wasn’t fit. I was ready and raring to go. I was at the airport Monday morning with my team ready to fly out and ready to get the show on the road. I could not get into the country and that’s why this fight did not happen. ”

Fury continued: “So, all this bull — about me not being ready and not training – forget about it.

“If it’s not coming from me, don’t believe it because it’s not the truth.” 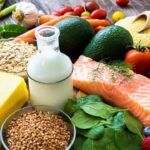 Previous Article Love Food But Don’t Want To Gain Weight As Well? Try Out These Foods 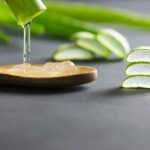 As part of the NBA’s 75th Anniversary celebration, the Brooklyn Nets have unveiled their Legacy Project to mark the league’s anniversary with the re-opening of […]