Jon Bell, a designer who previously worked on Twitter’s anti-abuse team, says weakening Twitter’s moderation would be a mistake. Outsiders — including Bell before he joined the company — often do not realize how much work it takes to prevent the site from being overrun by toxic content, he says. Although Twitter has been criticized for not doing enough to contain abuse and harassment, it has developed tools and processes that significantly reduce the volume, Bell says. “Everything Musk is talking about would undo that.”

In 2016, Twitter established a council of independent organizations to provide advice on online safety. Alex Holmes, deputy CEO of UK nonprofit the Diana Award, which is a member of the council, says he is now unsure how that work can continue. “Understandably, there are concerns about how this would be possible if freedom of speech is prioritized to a detrimental extent,” he says. Holmes says he has heard similar concerns from Twitter employees.

Sarah Kate Ellis, CEO and president of GLAAD, a nonprofit that promotes LGBTQ rights and is also on Twitter’s advisory council, tweeted Monday that Musk’s ownership made her “nervous for the online safety of the LGBTQ community.”

To believe Musk would stand up for women and others targeted on the platform would be “foolish,” says Brianna Wu, a game developer and software engineer who was in contact with Twitter’s Trust and Safety team until 2020, after being targeted with abuse during the campaign of online harassment known as Gamergate in 2014. “He’s a billionaire version of the alt-right troll.”

After Twitter took action against her trolls, Wu continued to document harassment on the platform, particularly against women and members of marginalized communities, to share with Twitter.

Wu said she never got the sense that Twitter’s Trust and Safety team made decisions motivated by politics, a claim levied at the platform by some of its critics. “They had a version of their product that was bad for users, and it was in good faith that they were trying to figure out how to make it better,” says Wu.

By taking the company private, Musk would also eliminate the accountability that a board and shareholders can bring to a publicly traded company. Activist investors have previously filed resolutions to attempt to push Twitter, and other social media companies, towards objectives like more robust moderation policies and more environmentally friendly operations.

“You have one person in charge. Mark Zuckerberg makes all the decisions. No matter what resolution you file, he owns a 10 to 1 voting preference, ”says Behar. “There’s a lot of danger when you have all that power isolated in one person like Zuckerberg. Now we’ve got that with Twitter. ”

Natasha Lamb, managing partner at Arjuna Capital, a boutique investment firm that owns Twitter shares, says she worries that even if Musk owns Twitter, it won’t have his full attention. “Twitter is too important to be a hobby,” she says.

Lamb said Arjuna is not likely to vote in favor of the purchase. “I think he’s a brilliant engineer,” she says. “I’m not sure he’s a civil rights expert. I don’t think he’s an expert on free speech. ” 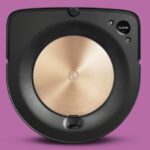 Everyone Wants to Build Green Energy Projects. What’s the Holdup?

For green energy experts, it seems like there’s too much of a good thing right now. While it’s great that there are enough wind, solar, […]

MARCY, New York — From afar, the new Wolfspeed factory in upstate New York looks like any other large corporate office building, with an unassuming […]