Srinagar, June 21:The 8th International Yoga Day was celebrated with zeal and enthusiasm at several places across the Kashmir valley.

The event was organized by the Directorate of Health Services Kashmir in collaboration with Union Health Ministry.

In her address about the benefits of Yoga the Union Minister said that Yoga will bring people together through compassion and kindness and foster a sense of unity. She said that Yoga brings joy, health, and peace from within and deepens the connection between an individual’s inner consciousness and the external world.

Emphasizing on the essential need of every individual’s participation in Yoga she said that Yoga has mental, physical and spiritual aspects that are essential for the overall well-being and healthy life style of society. The Minister expressed happiness for being a part of the Yoga Day Celebrations at Anantnag and lauded the administration for organizing numerous programs across the district.

“Yoga has got a distinct place in the world and people across the globe have adopted this as a part of fit and healthy way of life. That is why experts, scientists, health professionals, researchers across the globe are taking part and sensitizing people about the innumerable benefits of Yoga, ”she said.

The Minister emphasized that Yoga is among the top priorities and the Union government has taken vast measures to take it to new heights for the benefit of the whole humanity. She added that it is a moment of pride to witness huge participation in Yoga and government has taken steps to promote the practice and training of Common Yoga Protocol which will benefit millions of people.

Various Yoga enthusiasts and sports persons participated in the Yoga demonstrations at the Sun Temple. Deputy Commissioner Anantnag, Director Health Services J&K, officers from the Ministry of Ayush and the other dignitaries were also present on the occasion.

Principal Secretary to Government Youth Services and Sports Department AlokKumar was the chief guest at one event.

In his speech, he urged upon the participants to be the ambassadors of the Department in carrying forward the message “Yoga for Humanity” and make Yoga a daily routine for their physical, mental and spiritual wellbeing.

Kumar, also emphasized upon them to further motivate and involve their family members in Yoga to fulfill the dream of making India Fit and stress free.

As per an official, similar celebrations were held in all sports zones of the Department across J&K with great fervor and enthusiasm.

The Department of Physical Education, School of Education in collaboration with the Department of Students Welfare (DSW), Central University of Kashmir (CUK) also celebrated the 8th International Yoga Day on the theme “Yoga For Humanity,” at varsity’s Green Campus at Ganderbal .

As per a varsity statement, while speaking on the occasion, Vice-Chancellor, Prof. Farooq Ahmad Shah highlighted the importance of yoga in tackling the challenges of physical and mental health. He said, Yoga is a form of Physical activity that helps us to attain physical and mental well-being. Prof. Farooq Shah assured that the university in the future will be at the forefront to endorse any such opportunity that develops the physical and mental capability of an individual as well as of the society.

Registrar Prof. M Afzal Zargar, explained the role of yoga in increasing the body flexibility and controlling a number of diseases such as obesity, hypertension, depression, diabetes, arthritis, lower back problems etc. Addressing the participants, he emphasized that our primary focus should always be on the health of the individual which in turn determines the health of the nation. He said the varsity will continue to organize such programs so that people can understand the significance of Yoga and other sports for maintaining good health.

The event also concluded the three-week workshop on yoga which was kick-started on 1st of June 2022.

Celebrations to commemorate the day were also held at across the DistrictBudgam in which thousands of officials and citizens participated.

As per a statement, after attending the Yoga Session at Dist headquarters, DDC BudgamShehbaz Mirza said that this day is intended at bringing to light the physical, mental, and emotional state of people.

He urged everyone to make Yoga a part of their daily life and experience its benefits.

CMO Budgam Dr Tajamul Hussain while highlighting the importance of Yoga said that involving yourself in Yoga not only benefits the mind and body but also instils love and compassion towards one another.

Islamic University of Science and Technology Awantipora also observed International Day of Yoga at the campus, and a large number of students, scholars and university officials participated in the event.

According to a statement, the event was organized by the Directorate of Physical Education & Sports of the university.

The event was organized to spread awareness about the importance of Yoga. During the event, the participants performed multiple asanas. Highlighting the essentiality of yoga in a pandemic era, Dr.Hilal A Rather (Asstt. Director, Directorate of Physical Education) said that yoga plays a significant role in psycho-social care and is helpful in allaying mental health problems.

He further said, “The IUST is conducting regular sessions of Yoga for students and employees in the future as it is an effective treatment for a variety of autoimmune diseases because it can reduce the symptoms of these diseases often cause, such as stiffness, malaise, fatigue and weakness ”. 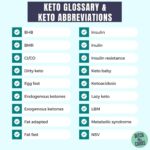 Next Article Keto Glossary And Keto Abbreviations – Ditch The Carbs

ProDentim is a top trending oral care supplement with 100% natural ingredients. According to the official website, ProDentim uses probiotics and a prebiotic blend to […]

Nano-Ease Reviews – Is It An Effective Pain Relief Drops? Any Side Effects? Must Read

What exactly is Nano-Ease? Nano Ease is an all-natural advanced breakthrough formula that is made to help thousands of people get away from dealing with […]

Tinnitus 911 Reviews – Can This Supplement Stop The Buzzing?

“You believe that nothing can stop the ringing sounds in your ear until you read Tinnitus 911 reviews. But can these reviews be trusted? We […]

Protetox is the rescuer for anyone struggling hard to get rid of extra weight. The capsule is known to have outstanding effects and since its […]