The funding from the Centers for Medicare and Medicaid Services is more than the government has given to navigators in the past and comes on the heels of record-high enrollment for the 2022 plan year.

Navigators help consumers or small employers browse health coverage options and apply for financial assistance, especially from the federal health insurance exchanges in the 33 states served by HealthCare.gov. States that operate their own exchanges have separate programs for enrollment counseling.

“We’re doubling down on our efforts to ensure people get the insurance they need,” HHS Secretary Xavier Becerra said in a news release. “Navigators critically help us reach people where they are, educating them on their health insurance options that can be lifesaving.”

The Trump administration also eliminated the requirement that each marketplace have at least two navigators with physical presences in their service areas and incentivized navigators to promote less-robust, cheaper association and short-term plans. Trump’s HHS also cut funding for outreach and marketing and shortened the open enrollment period.

Rebuilding support for the exchanges emerged as an early priority for the Biden administration. In his first month in office, Biden directed HHS to open a special enrollment period and instructed regulators to revisit policies that could undermine the exchanges. A record 14.5 million people got coverage through the marketplaces for 2022, in large part because Congress authorized enhanced financial assistance as part of COVID-19 relief. Biden signed a law this month to extend those larger subsidies for three years.

Grants for the 2023 season are split between 59 organizations. Individual awards range from $12.9 million for the University of South Florida/Florida Covering Kids & Families to just over $170,000 for St. Joseph’s Mercy Care Services in Georgia.

The grants include $12.5 million for extra outreach and enrollment efforts to assist people who need to switch from Medicaid or the Children’s Health Insurance Program to exchange coverage.

States must generally keep people enrolled in Medicaid and CHIP during the COVID-19 public health emergency, which is expected to last into October and could be extended. But when states resume redeterminations of enrollees’ eligibility, a projected 8.2 million of them will no longer qualify for these programs and will need to secure alternate health coverage, according to an HHS report. 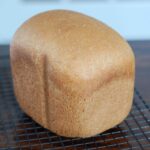 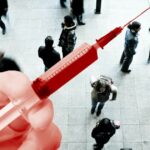 In-house specialty pharmacy services are gaining popularity among hospitals and health systems seeking to drive efficiency in their operations and improve profitability. Most of the […]

The expanding monkeypox outbreak in more than 70 countries is an “extraordinary” situation that qualifies as a global emergency, the World Health Organization chief said […]

AdventHealth Kissimmee employees came to work right before Hurricane Ian hit with air mattresses and days’ worth of clothing and food, said Danielle Favorite, a […]