The combined organization would have 67 hospitals — 40 from Atrium and 27 from Advocate Aurora — and nearly 150,000 employees across Illinois, Wisconsin, North Carolina, South Carolina, Georgia and Alabama. The health system will use both the Advocate Aurora and Atrium brands, but transition to Advocate Health for the parent company. Its headquarters will be in Charlotte, with a strong presence in Chicago and Milwaukee, the company said.

The transaction represents the latest attempt to leverage the scale of a multi-state hospital system.

“The challenges we face in healthcare, like the workforce shortage, are large problems that require a large footprint to address,” Jim Skogsbergh, president and CEO of Advocate Aurora Health, said in an interview.

Skogsbergh and Eugene Woods, president and CEO of Charlotte, NC-based Atrium Health, will serve as co-CEOs for the first 18 months of operation, pending the customary regulatory review. Woods would take over after Skogsbergh retires.

Downers Grove, Illinois and Milwaukee, Wisconsin-based Advocate Aurora and Atrium would have an equal number of executives on the combined system’s board, which would be led by Atrium Board Chair Edward Brown through 2023.

“We know the war for talent is significant, but as a $ 27 billion organization with nearly 150,000 employees, we believe we can be a national talent magnet for digital health and telehealth,” Woods said. “We will collectively pool our investment resources to advance in that direction.”

Health system executives claim that consolidating their administrative workforce in billing, revenue cycle, supply chain and other back-office departments will reduce their overhead. Atrium, for instance, saved $ 83 million over a three-year period after its 2018 acquisition of Macon, Georgia-based Navicent Health and $ 147 million in about a year, following its 2020 acquisition of Wake Forest Baptist Health, Woods said.

“Our combination (of Atrium and Advocate Aurora) will have a multiplier effect in efficiencies from combining back-office support and improving revenue cycle, pharmaceutical and supply chain management,” he said.

But those savings can be harder to come by when far-flung organizations combine, research shows.

While mergers between competing hospitals typically lead to higher prices, cross-state mergers did not produce significant price changes, according to research conducted by academics from Harvard and Columbia universities. Still, hospitals in separate service areas may be able to negotiate higher rates with insurers due to a common customer base — often large employers demanding insurance coverage for their employees in different regions, researchers said.

Hospital consolidation’s impact on quality is not conclusive, most studies show.

Similar to Intermountain and SCL, Advocate’s and Atrium’s service areas do not overlap and both organizations are financially stable.

It received $ 402.9 million in COVID-19 relief grants from 2020 through Sept. 30. Atrium had 387 days cash on hand, excluding Medicare advanced payments, as of Sept. 30. The estimated combined revenue of Advocate and Atrium would trail Kaiser Permanente, HCA Healthcare, CommonSpirit Health, Providence and Ascension.

Advocate Aurora has proposed mergers with health systems outside of its geographic area, including a failed merger with Beaumont Health, since regulators opposed its deal with NorthShore University HealthSystem, which is based in the Chicago suburbs. 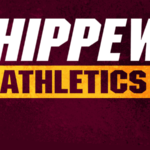 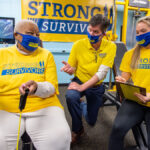 How hospitals can cut emissions, achieve net-zero by 2050

The Agency for Healthcare Research and Quality has tips for how healthcare organizations can cut emissions and achieve net-zero operations by 2050. The Health and […]

Allscripts Healthcare Solutions CEO Paul Black is stepping down from the helm of the electronic health records vendor, he said on the company’s Q1 2022 […]