ACHIEVING zero hunger in the Philippines, as in any country, is a far-fetched goal, agriculture experts said, and the government should instead focus on the supply side by ensuring sustainable food production by uplifting farmers.

When asked about a bill seeking to achieve zero hunger in the country within 10 years after its passage, Roy S. Kempis, retired Pampanga State Agricultural University professor, said zero hunger should be viewed as a “situation in which Filipinos be given the highest extent of access to food that can be made available within the Philippine economy at any given time of the day.”

Senate Bill 30, or the Right to Adequate Food Act, aims to bring down the incidence of hunger in the country by 25% every 2.5 years to reach zero within a decade from the level recorded at the time of its passage.

The proposed measure refers to hunger as a condition in which people are unable to eat enough for the necessary nutrients for a fully productive, active and healthy lifestyle due to the unavailability and inaccessibility of food.

“I should say that 10 years is too long a time but we have to have threshold indicators as to what is the highest extent access possible,” mr. Kempis said in a Viber message to BusinessWorld.

“Certainly again, there is no such thing as 100% access.”

“Even in advanced countries, there are still hungry people, so ensuring zero hunger will most probably be just an aspiration also,” Federation of Free Farmers National Manager Raul Q. Montemayor told BusinessWorld in a separate Viber message.

“It will take a herculean effort for us to even just reduce hunger, much less eliminate it,“ he said.

“I think we must also consider that hunger is the effect of poverty, and that people cannot buy food not only because food is expensive but also because they do not earn enough money to feed themselves,” he added.

“Decreasing hunger will ultimately be achieved on the overarching agri-food policies that this and succeeding governments will embark on,” he said. “We really need a comprehensive land-use plan.“

“Helping farmers earn more is hitting two birds with one stone because they are among the poorest but at the same time, they are the source of food for the hungry.”

However, Senator Juan Edgardo “Sonny” M. Angara has said that the 2023 national budget will likely increase by only 4%, implying that it will be highly unlikely that the agriculture budget can be tripled, as earlier requested by former Agriculture Secretary William D Dar.

“Doesn’t need to be tripled immediately,” said Mr. Montemayor. “Too much too soon will only lead to waste. What is important is that the budget is consistently increased over time so that good programs can be sustained, and new programs can be launched to build on achievement.”

Food production, he added, should get more priority than national defense or even anti-insurgency. “People will not rebel against the government if there is less poverty and hunger.”

mr. Cainglet, meanwhile, said that “while there really is a need to increase the budget, the bigger concern is the policy direction and judicious use of the budget.”

mr. Kempis said budgetary constraints can be addressed without borrowing or taking funds from other agencies of government.

He suggested the implementation of financing programs, which can be sourced from public capital through both the national and local governments, or public-private partnerships. He also recommended the use of efficient procurement procedures.

“Farmers need to be encouraged,” mr. Cainglet said, “it should be clear to them that the government, this time, will be on their side.” — Alyssa Nicole O. Tan 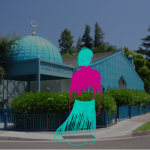 Previous Article The conflict between queer identity and Muslim faith 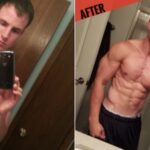 MetaCryp, Binance Coin, And Stacks Are Three Potentially Profitable Cryptocurrencies That You Should Hold

The advent of cryptocurrency has broken the monopoly of fiat currency. As such, cryptos like MetaCryp (MTCR), Binance Coin (BNB), and Stacks (STX) aim to […]

SARMs (Selective Androgen Receptor Modulators) have grown increasingly popular among athletes, fitness enthusiasts, and bodybuilders due to their performance-enhancing properties. Unlike the previously popular steroids, […]

Folixine is a combination of ingredients that were used centuries ago by the Namibians to help promote healthy hair growth. Folixine has been proven to […]