The project was designed to see if spectroscopy in a helium bath was possible at all — a proof of concept for future experiments that would use even more exotic hybrid atoms.

But Sótér was curious about how the hybrid atoms would react to different temperatures of helium. She convinced the collaboration to spend precious antimatter repeating the measurements inside increasingly chilly helium baths.

“It was a random idea from my side,” said Sótér, now a professor at the Swiss Federal Institute of Technology Zurich. “People were not convinced it was worth it to waste antiprotons on it.”

Where the spectral lines of most atoms would have gone completely haywire in the increasingly dense fluid, widening perhaps a million times, the Frankenstein atoms did the opposite. As the researchers lowered the helium bath to icier temperatures, the spectral smudge narrowed. And below about 2.2 kelvins, where helium becomes a frictionless “superfluid,” they saw a line nearly as sharp as the tightest they had seen in helium gas. Despite presumably taking a battering from the dense surroundings, the hybrid matter-antimatter atoms were acting in improbable unison.

Unsure what to make of the experiment, Sótér and Hori sat on the result while they mulled over what could have gone wrong.

“We continued to argue for many years,” Hori said. “It was not so easy for me to understand why this was the case.”

In time, the researchers concluded that nothing had gone awry. The tight spectral line showed that the hybrid atoms in superfluid helium aren’t experiencing atomic collisions in the billiard-ball manner that’s typical in a gas. The question was why. After consulting with various theorists, the researchers landed on two possible reasons.

One involves the nature of the liquid surroundings. The atomic spectrum abruptly tightened when the group chilled the helium into a superfluid state, a quantum mechanical phenomenon where individual atoms lose their identity in a way that permits them to flow together without rubbing against one another. Superfluidity takes the edge off atomic collisions in general, so researchers expect foreign atoms to experience only mild broadening or even a limited amount of tightening in some cases. “Superfluid helium,” Lemeshko said, “is the softest known thing you can immerse atoms and molecules into.”

But while superfluid helium may have helped the hybrid atoms become their most isolationist selves, that alone cannot explain just how well behaved the atoms were. Another key to their conformity, the researchers believe, was their unusual structure, one brought about by their antimatter component.

In a normal atom, a tiny electron can venture far from its host atom, especially when excited by a laser. On such a loose leash, the electron can easily bump into other atoms, disturbing its atom’s intrinsic energy levels (and leading to spectral broadening).

When Sótér and her colleagues swapped zippy electrons for lumbering antiprotons, they drastically changed the atom’s dynamics. The massive antiproton is much more of a homebody, staying close to the nucleus where the outer electron can shelter it. “The electron is like a force field,” Hori said, “like a shield.” 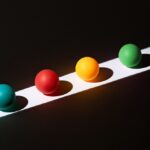 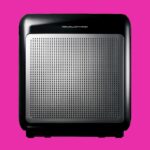 But things started to take a downturn last year. Despite the hype and money, these companies struggled to make a profit as lockdowns eased and […]

Embracing culture change on the path to digital transformation

Meanwhile, young financial services companies were coming to market with innovative products and services and NAB was finding it difficult to compete. “Many customers today […]