Australia’s cautious approach is similar to that of the UK, where Parliament voted to legalize mitochondrial donation in 2015. There, only one clinic, Newcastle Fertility Center, is licensed to perform the procedure. It must appeal to the UK’s fertility agency, the Human Fertilization and Embryology Authority, to approve patients on a case-by-case basis.

Under the new Australian law, mitochondrial donation will initially be offered at just one fertility clinic as part of a clinical trial. The trial likely won’t begin for another year or two, and once underway it is expected to last 10 to 12 years. Families interested in joining the trial will need to attend counseling to discuss potential risks involved in mitochondrial donation, and participants will ultimately need to be approved by a board of experts.

The law requires researchers to track participants’ pregnancies and birth outcomes, including any miscarriages, premature births, birth defects, or instances of mitochondrial disease among babies born from these pregnancies. Investigators will also monitor the ongoing health and development of children born as a result of the trial.

In contrast to the law in the UK, Australian children born from this procedure will be able to access identifying information about the egg donor in the same manner as children born as a result of egg donation.

The number of participants for the trial has not been determined yet, but according to an April 10 funding announcement by the Australian government, the trial must “provide a pathway for impacted families to access the technology.” While about one in 5,000 babies are born in Australia with a severe disabling form of mitochondrial disease, not all women with mitochondrial disease will need access to this technology, says Megan Munsie, a stem cell scientist and professor of emerging technology at the University of Melbourne .

“The reform accordingly limits the use of mitochondrial donation to circumstances where this is the only option available to them to reduce the risk of a woman’s child inheriting mitochondrial DNA disease that is likely to result in serious illness,” she says. “Depending on how the disease affects their mitochondria, other assisted reproductive technologies, such as preimplantation genetic testing, will be sufficient.” This type of testing allows prospective parents going through IVF to select only healthy embryos to implant.

Even after Australia’s trial period, it’s not a given that the technology will be made more widely available to women who carry mitochondrial DNA mutations. “It is not yet certain that the technology will be implemented clinically,” says Catherine Mills, director of the Monash Bioethics Center in Australia. That will depend on the outcome of the clinical trial, which will weigh safety and efficacy.

There are two major safety concerns with the procedure, says David Thorburn, a mitochondrial disease researcher at the Murdoch Children’s Research Institute in Melbourne. One is that a small amount of “carryover” mitochondrial DNA from the mother could end up in the baby. “There may be potential for this to increase to a higher amount during development, such that it could result in mitochondrial disease,” he says. 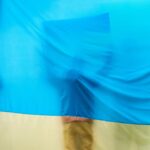 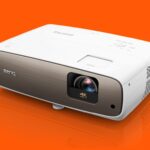 As we move through the 21st century, many aspects of our lives are governed by algorithms. Facebook selects what we see in our publications, Google […]

You might look at a tree swaying in the wind and see botanical tranquility — a hypnotic back and forth of life interacting with air. […]